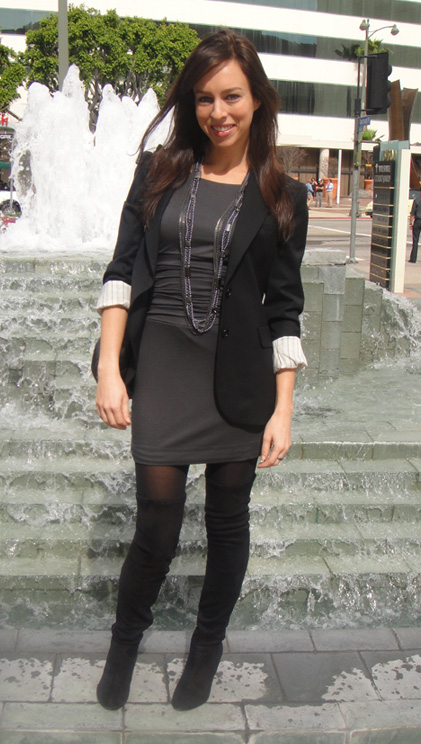 ttF Fashion Staples Series Diary: Burberry’s 3D Debut
Burberry Prorsum made fashion history tonight when the label live-streamed its Fall 2010 collection around the world. I was lucky enough to be invited to the Los Angeles event, hosted by The Daily Beast’s Tina Brown, at Milk Studio. Because of the time zone difference, we were the only city that didn’t see the show while Kate Hudson, Kristen Stewart, Mary-Kate Olsen and Claire Danes watched in London from the front row.

My blazer and new lia sophia chain and pearl necklace took me from the office straight to the event—and matched oh so well with the 3D Burberry glasses we were given for our virtual front row seat. And it took me long enough but I finally am taking a liking to the over the knee boot. Burberry’s leather ones for fall were absolutely killer. And they didn’t look trashy whatsoever since they were paired with knee-length skirts and covetable outerwear.