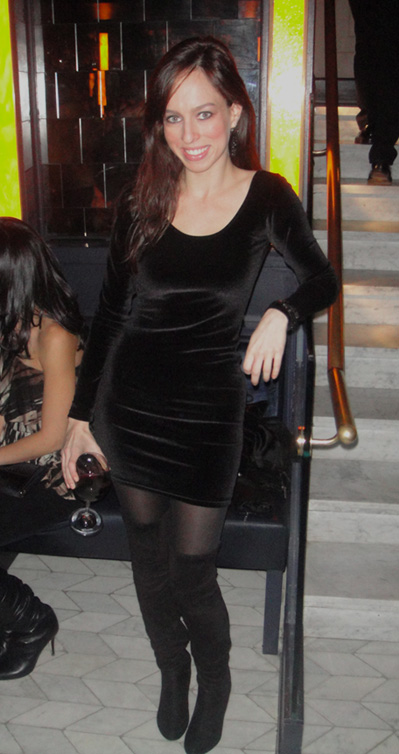 ttF Fashion Staples Series Diary: Velvet Drama
I’ve been going to so many shows that even the thought of a night out is exhausting. But I promised my New York bestie at least one girl’s night. We were going to dinner first so wearing second skin velvet wasn’t the brightest choice but I figured at least it would keep me from over indulging. It ended up not mattering. Long story short, there was the drama at the restaurant and we ended eating at some less fancy joint in Times Square then ditching the clubs for girl’s talk in our pajamas. It’s too bad, too. I really liked my outfit and thought my brooch with bracelets combo was pretty clever. C’est la vie.