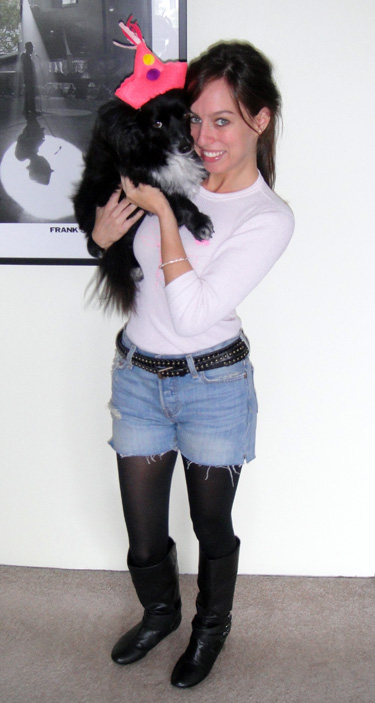 ttF Fashion Staples Series Diary: Birthday Bell
Today was Bunny Bell’s birthday. I was going to have a garden party for her and her friends with puppy pie for the pups and sangria for the adults. But the weather ruined our plans. So instead of wearing a pink dress to match her party hat, I threw on a thermal and tights. I usually wrap the belt three times around my waist but it only went two and half times around my hips. Instead of creating additional belt holes I just tucked the top layer under the first and it surprisingly was not noticeable. But who was looking at me anyway with a such a cute dog on my shoulder?