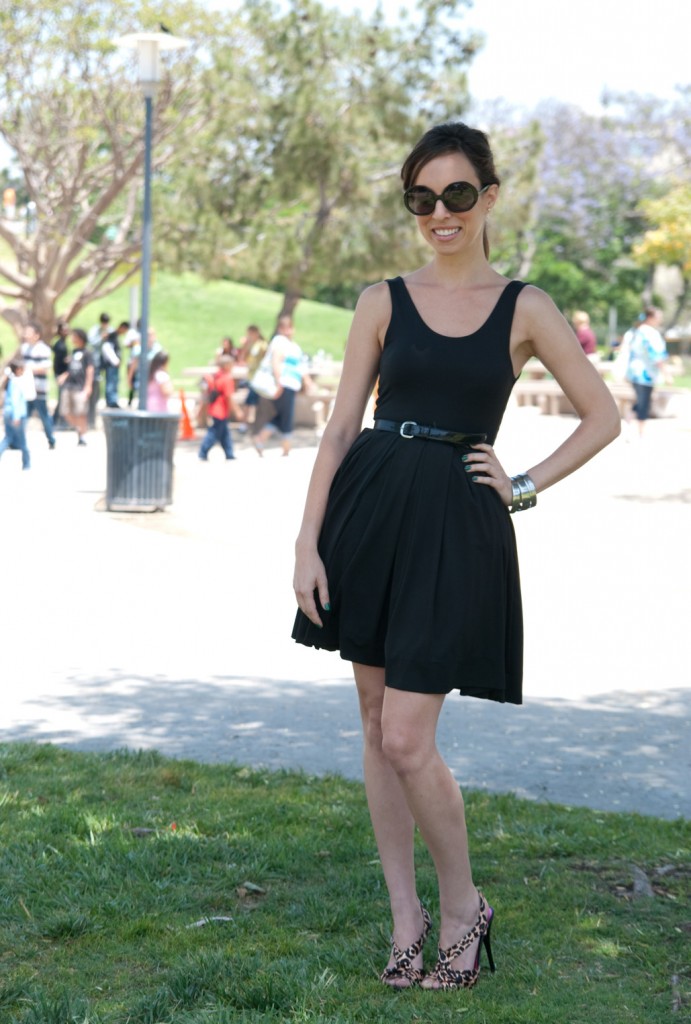 ttF Fashion Staples Series Diary: LBD P.Y.T.
I loved last week’s twirling pictures so much that I wore another full skirted dress today to play in the park. There’s just something so flirty and feminine about this silhouette. With the sunglasses and leopard shoes I felt like a playful Audrey Hepburn.

I had to wear my new Lyric Culture bangles, too. I received them after attending a press preview yesterday. They’re engraved with Michael Jackson’s “P.Y.T.” lyrics. The entire line is all about music. So if you’re a rock ‘n’ roll girl or just have a Beatles obsession, I highly recommend checking it out.

As for my nails? Everyone has been raving about green. So this morning, I decided to try it with O.P.I.  It’s fun on other people but I just couldn’t get into the color. Plus, I realized when I got to work that it was almost the exact hue as the Celtics. Being a Lakers fan, I quickly had to remedy that situation with some whiteout.