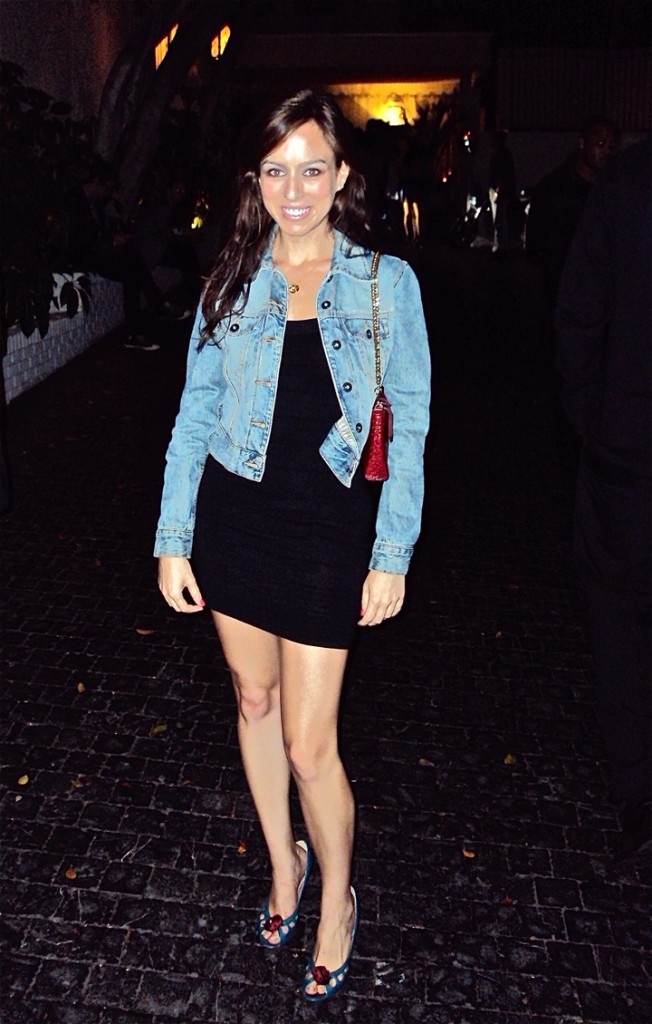 ttF Fashion Staples Series Diary: Carrera Escape
After a long, fun-filled day at Skybar, I had literally 15  minutes to change until it was off to the next bash: the Carrera Escape Party. The sunglass brand was showing off their new line at one of my spots in LA, the Chateau Marmont penthouse. It’s been on the cooler side so I accented my LBD with a denim jacket. It’s too bad my friend doesn’t know how to work my camera but you get the idea. I walked out as Nicole Richie made her exit and started cracking up when someone said, “Can you believe Nicole buys clothes at kids’ stores?!” My denim jacket is from Gap Kids. Hey, it’s cheaper than the adult version!

After the party we had dinner at Soho house. Now I have another favorite spot in LA. Drew Barrymore, Shenae Grimes, Scott Speedman and a bunch of other celebs were there dining and drinking. It was so incredibly posh. Now I just need to find someone who lives here permanently who has a membership.