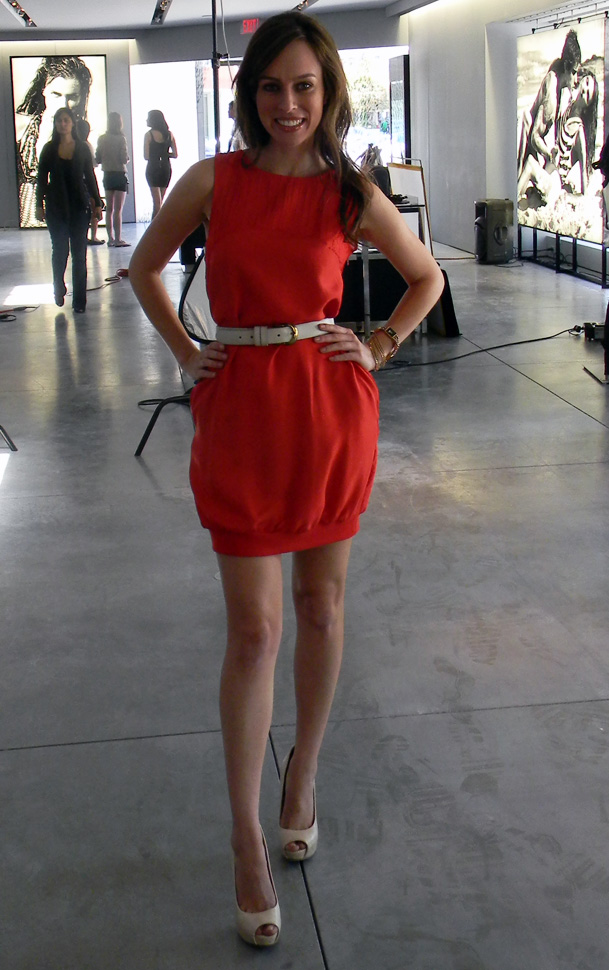 ttF Fashion Staples Series Diary: Prim & Pilot
Today, I woke up bright and early to shoot a pilot at the Armani Exchange concept store in West Hollywood. I can’t say much about the web series but hopefully I’ll have some news soon. As for the clothes, I chose a red shift from AIX’s spring collection. As the host, I wanted to stand out and there’s no better power color than red. The dress came with a black elastic belt but to make it more daytime I swapped it out for my cream one and added a pair of peep-toes, which I pulled for the shoot. After standing in the heels from 8am-3pm I was shocked my feet weren’t in pain. So I obviously had to buy the shoes when I did returns.