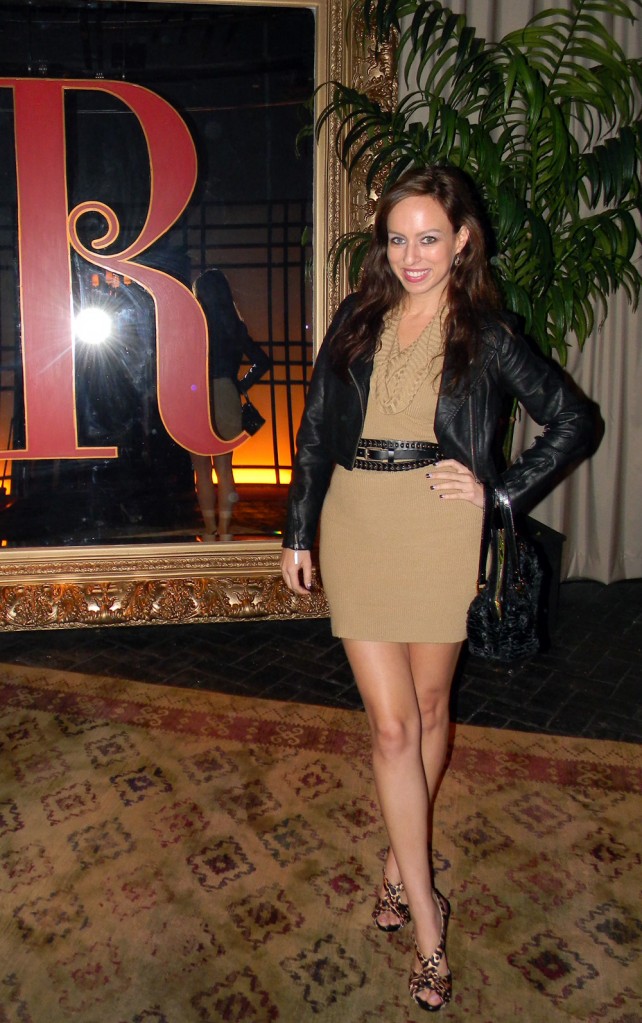 ttF Fashion Staples Series Diary: Redbury & FGILA
I didn’t have much time to change after work today so I kept on my camel dress and simply switched up the office tweed for nighttime leather to party hop with my fave DIY-er Kristen. First stop of the night was FILA’s 75th Anniversary Party, where my friend Laurie Brucker was doing the red carpet. After chatting with her for a bit, I complimented Project Runway‘s Michael Costello on his fashion week collection. I saw it in New York and it was gorgeous. And Michael is even sweeter in person than he is on the show. I hope he was serious when he said he’s want to dress me!

I could have talked to him for at least another hour but Kristen and I had to go to Redbury’s grand opening. I had dinner at the hotel’s restaurant, Cleo, last month so I was psyched to eat their delish Mediterranean food again. But the food was just one of the party’s perks. Because of the rain, they had to move the event from the roof to the garage. But you’d never know there were usually cars where we were standing. Chandelier girls lit up the space, rich reds gave an overall luxe vibe and like most Hollywood parties, there was plenty of people watching to be had. My friends Kristen, Kinya, Erica and I were in mutual agreement that it was one of the best parties we’ve been to in a while.