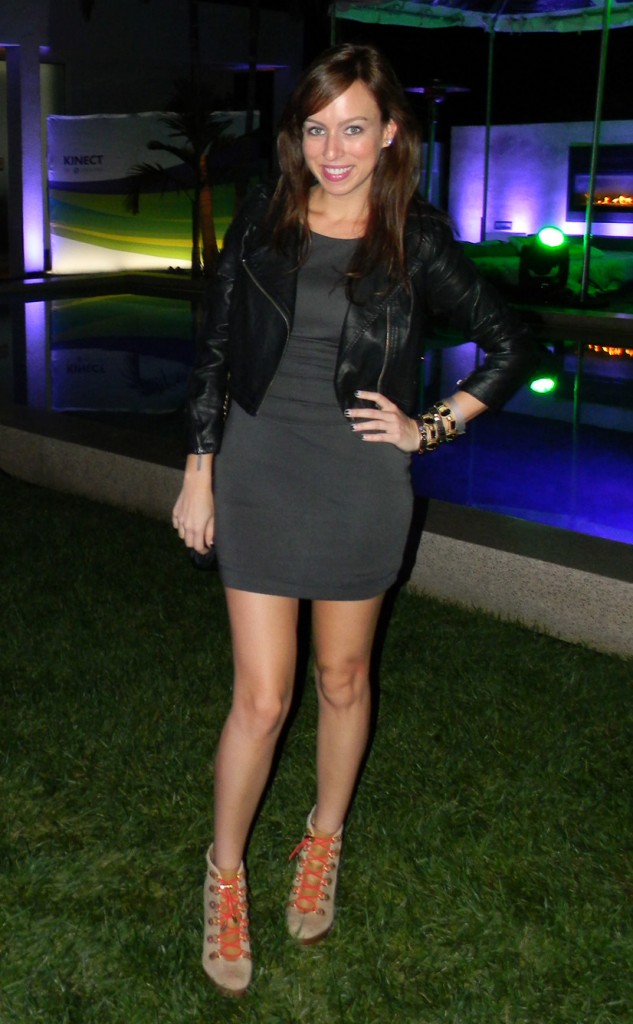 ttF Fashion Staples Series Diary: Xbox Kinect
Tonight, my friend Kristen invited me to a special Xbox Kinect party up in Beverly Hills. This is one of those times that I should have read the details about the event before getting dressed. While my outfit was warm enough to party at a mansion up in the hills and listen to a poolside Mike Snow performance—yes, sometimes my life is pretty awesome—the mini was not video game friendly. It was no problem racing or watching other people play. But our favorite game by a landslide was Dance Central. I had a dance off with the Kristens of Vainglorious and my new friends I met that night. Even though I had to tug at my skirt in between “Dip it Low” and “Push It” I had a blast. And the boots were hip hop perfection. Another perk to the game? It’s an incredible workout!