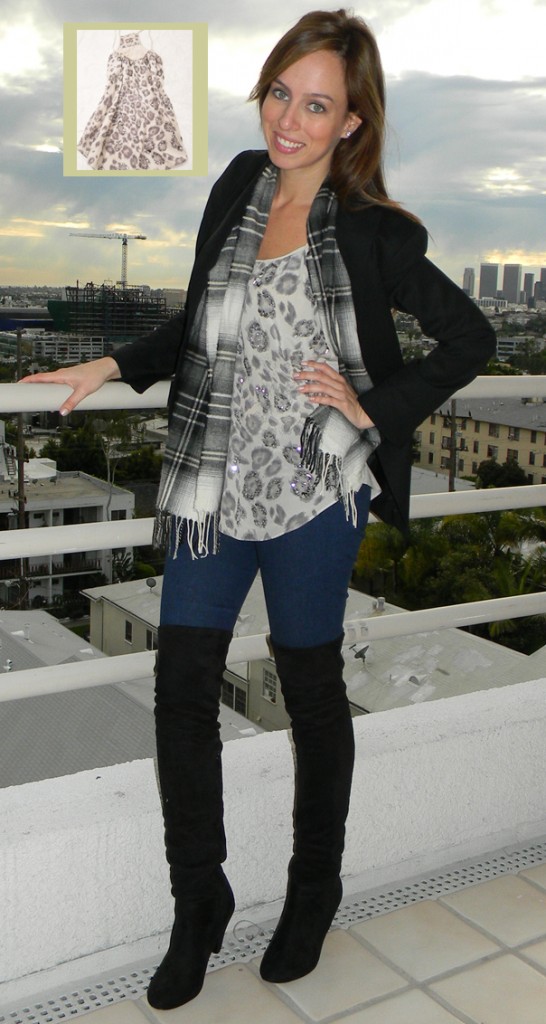 ttF Fashion Staple: Snow Leopard Tank
This morning while getting dressed, I was inspired an outfit I saw Jessica wear this week on her blog What I Wore. She was inspired by a stripe and leopard dress she saw in Lucky. Instead of horizontal stripes, I mixed my animal print with plaid stripes. That’s what is so wonderful about fashion. You can get ideas from looks you see on other people and make them your own, working with what you have in your closet.

Ever since I got back from Miami I’ve been freezing in LA so I used my over-the-knee boots to keep extra warm.