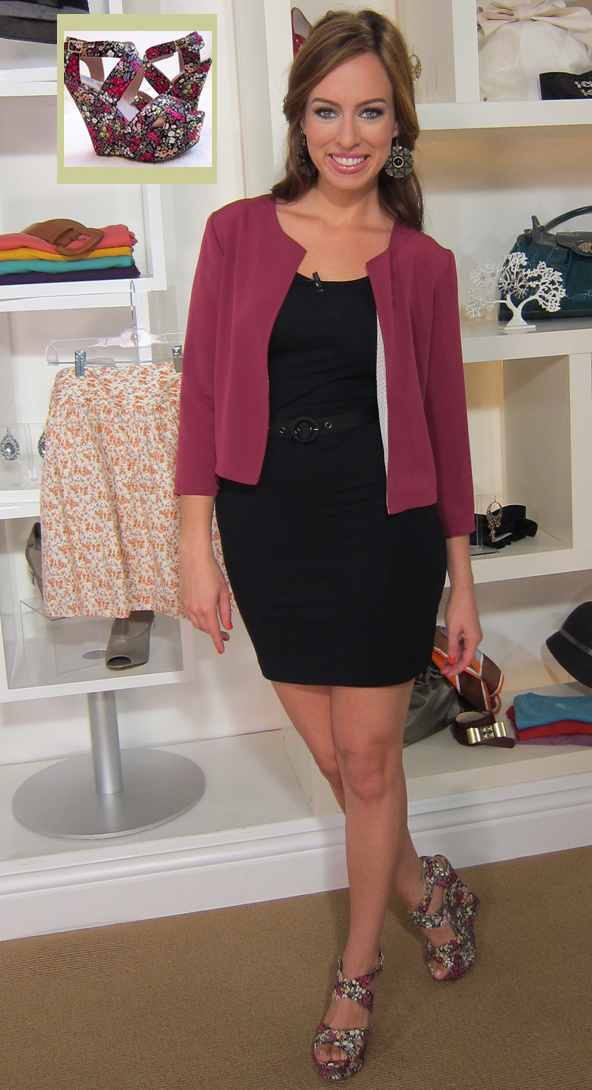 ttF Fashion Staple: Floral Wedges
While black may be the most slimming, it doesn’t pop on camera. So to make up for it, I added a pink jacket while shooting an episode of Mystyle Quick Switch. I’m normally a necklace person but switched things up with earrings. These actually had feathers dangling, which I removed because the large woven circle was plenty statement enough. My only issue with the outfit? The clashing nails. But with no time for a polish change between episode I just had to deal. That’s why I usually stick with a neutral mani when on set.