This was the first Academy Awards that one of the first actresses that walked that red carpet was my absolute fave of the night. Kudos to Jessica Chastain for being early and the epitome of Old Hollywood glamour. While her look can only be worn for special occasions like the Oscars,  there were many red carpet trends that you can easily incorporate into real life. From bow details to white dresses, here are my top picks of the night—plus ways you can get inspired by the looks all under $200! 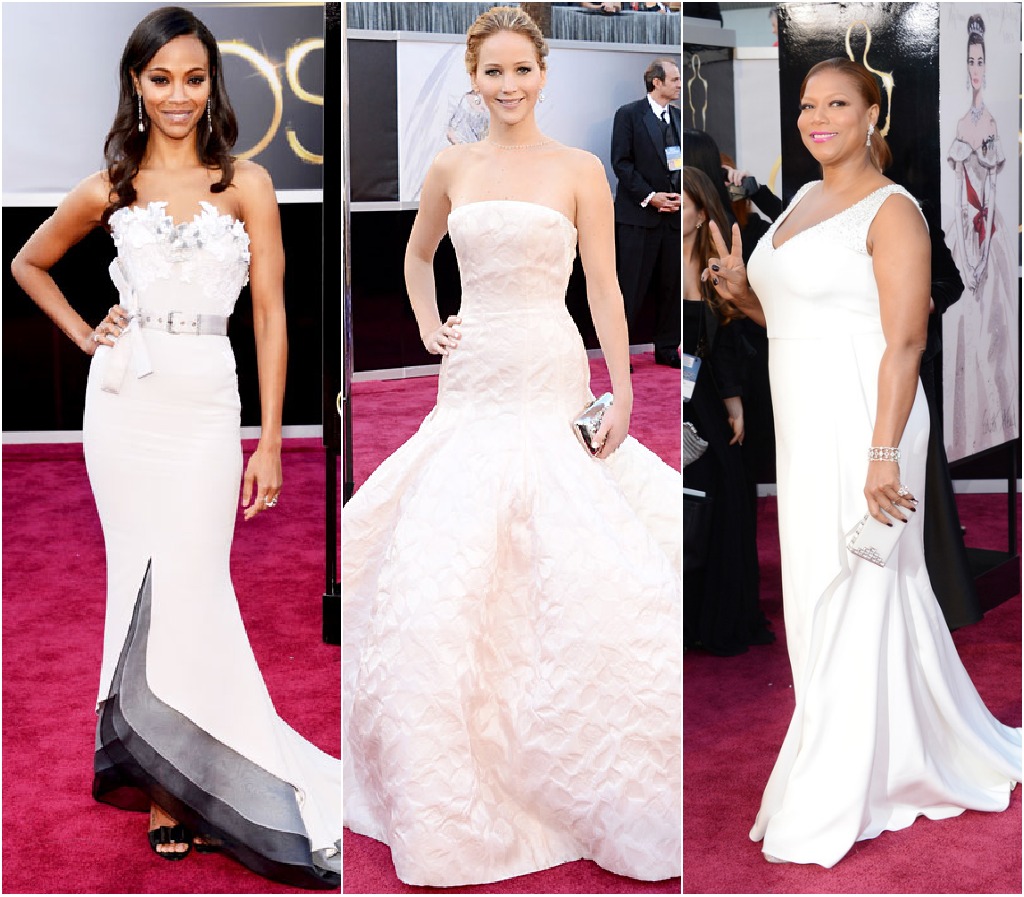 Celebrities were having a major bridal moment this Oscars. Zoe’s was one of my faves, with the darker panels at the hemline. A white dress is a great way to get a head start on spring I absolutely adored Reese and Kerry’s gown. A small bow detail can add a feminine touch to any look. Try it on a dress or a top to pair with a pencil skirt ant work or jeans on the weekend. Every Oscars, there’s at least one actress who’s inspired by a golden statue. Nicole Kidman was my favorite of the night, with her gold embellishments on her form fitting gown. And fun little fact: the Bond girl’s dress took 120 hours to make and the beads were combined with chocolate wrappers! Black was extra embellished on the red carpet. Take inspiration from these stars and invest in a special black top that you can wear from season to season. From head-to-toe embellishment to just a touch of sparkle at the waist, stars were all about sequins on the red carpet. I particularly liked the long sleeve versions. With a shorter hemline they’re the perfect dress for a special night out.

And my top three picks of the night were… Who were your best dressed at the Academy Awards?

Sponsored by Baileys Original. Join @BaileysOriginal on Twitter to celebrate #girlsnight and the women of the Red Carpet.