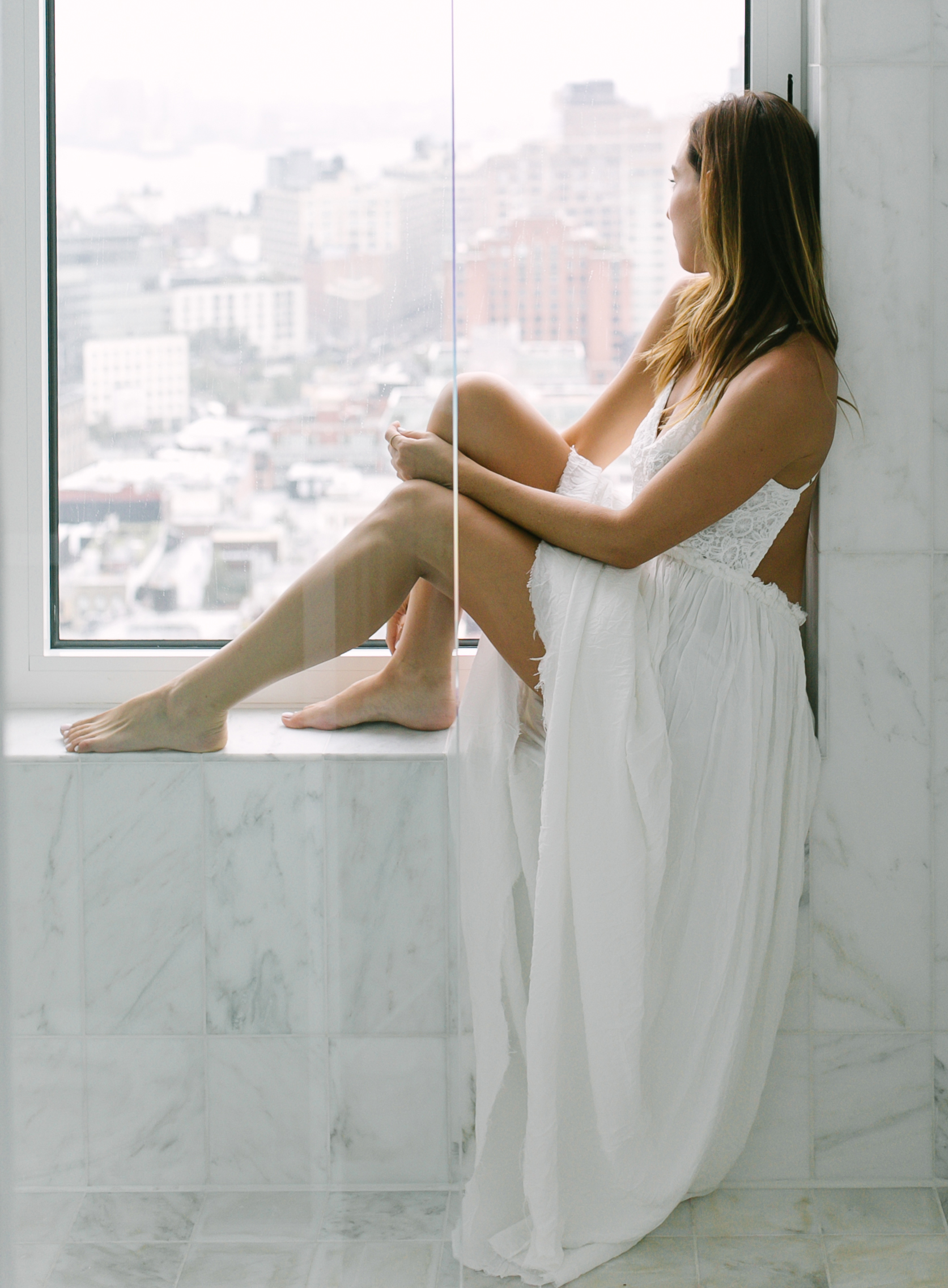 I don’t know whether it was the post holiday blues, jet lag, the rainy weather, or a combination of all three, but I was in a major funk the past week. I felt overwhelmed, unmotivated and simply, for the lack of a better word, blah. I’m happy to say I’ve recovered but it took some serious mental work. So I figured I’d share the steps that helped me in case you’re battling a funk of your own:

1. Distract yourself with mindless activity.

When I got back home after my long trip my mind was racing. I thought about everything I had to do. I started freaking out about the year ahead. And the more I felt like I wasn’t doing enough, the less motivation I had to do anything at all. So I decided to give my mind a break. I spent all Sunday binging on TV in bed, catching up on the episodes of The Affair and Empire I missed while I was gone. I figured if I wasn’t getting anything done anyway, at least a little relaxation would do my body good.

After a long day there’s nothing I love more than a comforting bowl of spaghetti bolognese or pad thai accompanied with a large glass of wine. But binge eating and drinking are a very temporary fix. The next morning I wake up feeling bloated, which can only make being in a funk ten times worse. After plenty of indulging over the holidays (you know what I mean if you followed my Insta Stories!) I needed to get back to my balanced diet. I started adding more vegetables, fruits, grains and protein and limited the sweets and heavy carbs. I wanted to workout but I pulled my back the day before I left for Australia. In the past getting my sweat on has really helped my mood so I look forward to exercising next week. But even with a simple change in diet, my body started feeling better, and my mind followed.

The second day of my funk I felt like calling my best friend and crying. But before I bothered her at work I sat down and thought about what I’d even be crying about. There was nothing actually wrong. I just wasn’t feeling myself. So instead, I tried to think about an actual topic that I was struggling with and what I could do to change it. One big part of my funk was being nervous about the new year. I’m always so hard on myself about being more successful, working harder and simply being better. But how was I going to achieve that? So after the work day, I called my bestie and brainstormed some achievable goals. Instead of wasting time crying on the phone, we thought of some great ideas and it made me excited, something I hadn’t felt all week.

Another way to brainstorm is on social media. Not wanting to be a downer, I took a temporary break from Insta Stories.  But in a photo, I asked my Instagram family about what they want to see more of from me this year and everyone had such positive feedback. The comments got my mind racing, but this time in a good way.

There is something so cleansing about running water. The other day, I took a long hot shower. I put on a face mask, did a hair treatment, exfoliated my skin… I basically used every beauty product I could find to stay in the shower as long as possible. All of a sudden, as the warm water dripped down my face, I felt a release. It was as if the water washed away my anxiety and my funk slowly start to evaporate into the steam.

I got out of the shower and started writing. I had so many ideas on what I want to do this year, both personally and professionally. Seeing them on paper made me smile. 2017 is going to be a good year, even if there are occasional funks.

I hope this post helped you if you’ve been having similar feelings recently. As exciting as new years can be, they can also be stressful so just know we’re all in this together.