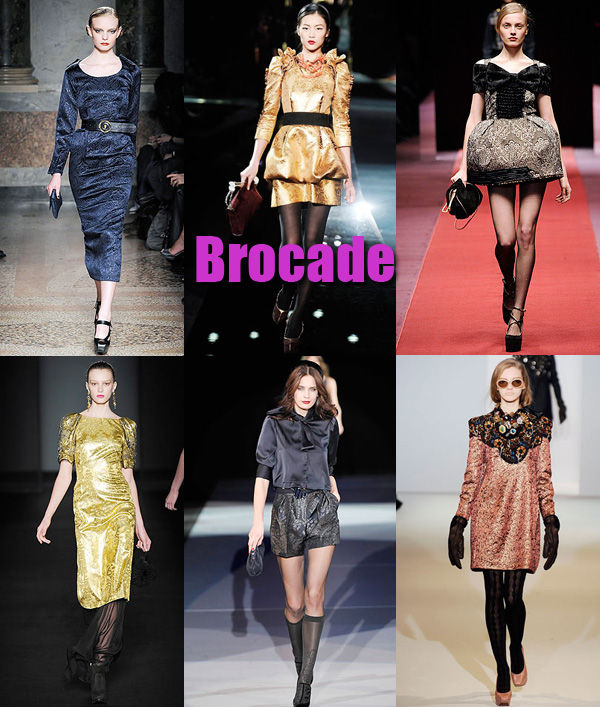 Some people think of brocade as stuffy and matronly but the designers in Milan proved otherwise. My fave was the brocade on D&G’s lampshade skirts, though Marni’s tunics are probably more wearable (and you already know how I feel about Consuelo Castiglioni’s statement necklaces!).

The biggest shocker, for me though, was Emporio Armani. I’m not a fan of shorts for fall but I could actually picture myself wearing his.