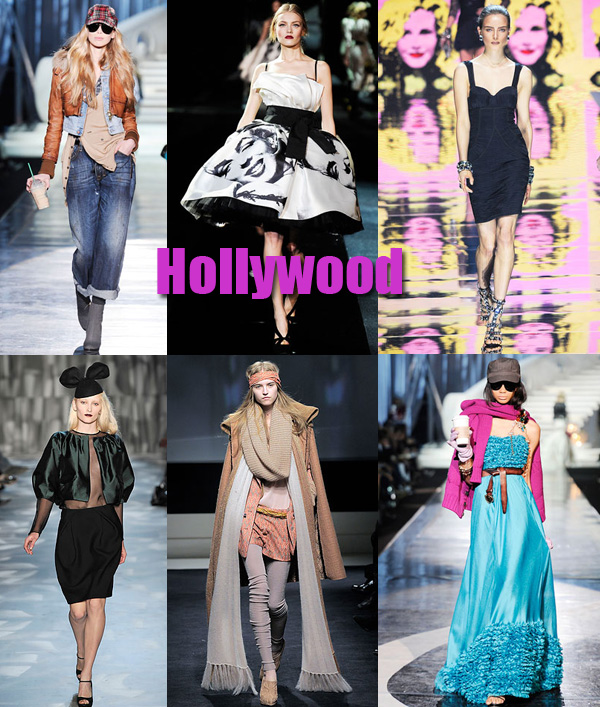 DSquared’s Hollywood catwalk created quite the buzz. I’ll admit, it was hilarious to see models impersonate the starlets I see walking down Robertson boulevard, sipping their lattes and frappucinos (side note: I still can’t figure out if Italy has a Starbucks or if Dean and Dan Caten just filled the cups with yummy Italian brew).

But DSquared wasn’t the only who had Hollywood on their mind when creating their fall collection. Missoni’s multilayered hippie look instantly made me think of Mischa Barton and Nicole Richie while Moschino Cheap & Chic’s hats made me want to take a trip down to Disneyland to visit Mickey Mouse.

Old Hollywood came via Marilyn Monroe, who was was plastered all over the dresses at Dolce & Gabbana.  Bluemarine designer, Anna Molinari, turned herself into a Warhol-esque Marilyn and projected the image on the backdrop. It seemed like something Lindsay Lohan would do if she was given her own fashion show.