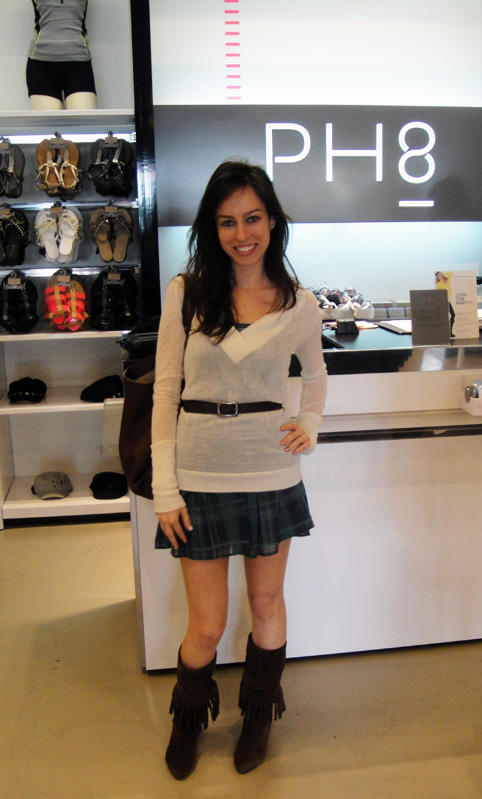 ttF Fashion Staples Series Diary: Ph8 Party
Earlier in the week I told you guys about Bebe’s new athletic line, PH8. It’s replacing Bebe Sport but the line isn’t only stylish workout wear. I checked out the store in Beverly Hills in an outfit very similar to one of the looks in a Kmart Skirt, 6 Different Looks post I did last year.

I tried on embellished tees, trendy moto jeans, shoes, maxi dresses and this adorable skirt (which I obviously had to buy). It reminds me of the draping at Burberry Prorsum during London Fashion Week—and I plan on wearing it very soon at New York Fashion Week. I bought these wedges, too. They were so comfy in the store. Fingers crossed they’re still comfortable after I walk more than 12 steps.