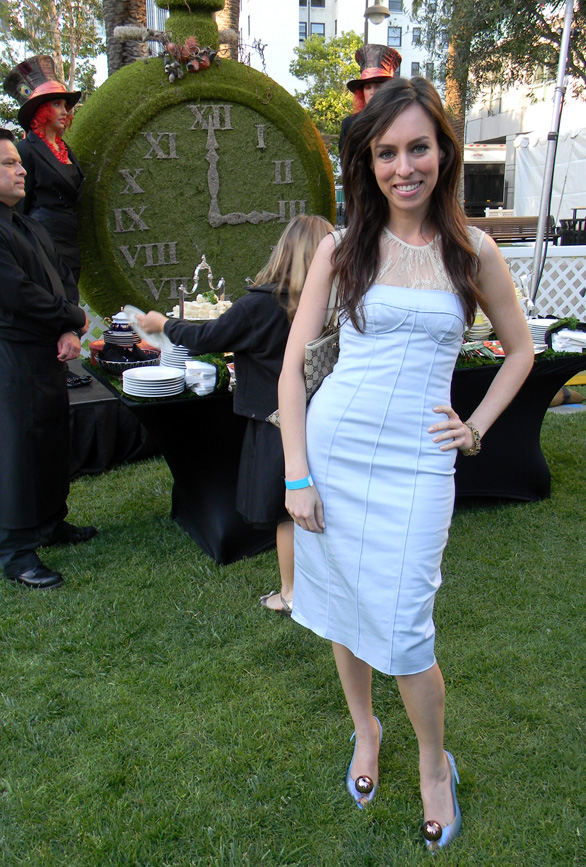 ttF Fashion Staples Series Diary: Alice in FIDM
Tonight, I attended the opening night gala of Disney’s Alice in Wonderland Costume Exhibition at FIDM. To celebrate the release of the film on Blu-ray and DVD, Disney put together a display of Colleen Atwood’s glorious costumes, Alice-inspired clothing and jewelry, as well as couture created by FIDM grads.

It was the perfect occasion to finally wear the dress I bought last summer after seeing preview pics of the Tim Burton flick. I wasn’t comfortable with cleavage for the event, so I turned it into a yoke style by removing the straps and layering my lace top underneath. Funky plastic peep-toes brought the outfit into Wonderland.

The event was adorable, from the thematic topiary bushes to the finger sandwiches and Mad Hatter ice tea served in tea cups. The highlight, obviously, was the fashion show hosted by Project Runway alumn Nick Verreos. If you follow me on Twitter, you would have seen the student creations inspired by characters including the Tweedle twins, the Cheshire cat and the Red Queen.

After the show, I went inside with Jen and my friend Mark from WWD to get a sneak peek at the exhibition. If you’re in Los Angeles, you can check it out from May 27-September 30. They’re also having cute events over the summer, including a tea party and a costume contest. Maybe I’ll tie a ribbon in my hair and return in my baby blue ensemble.