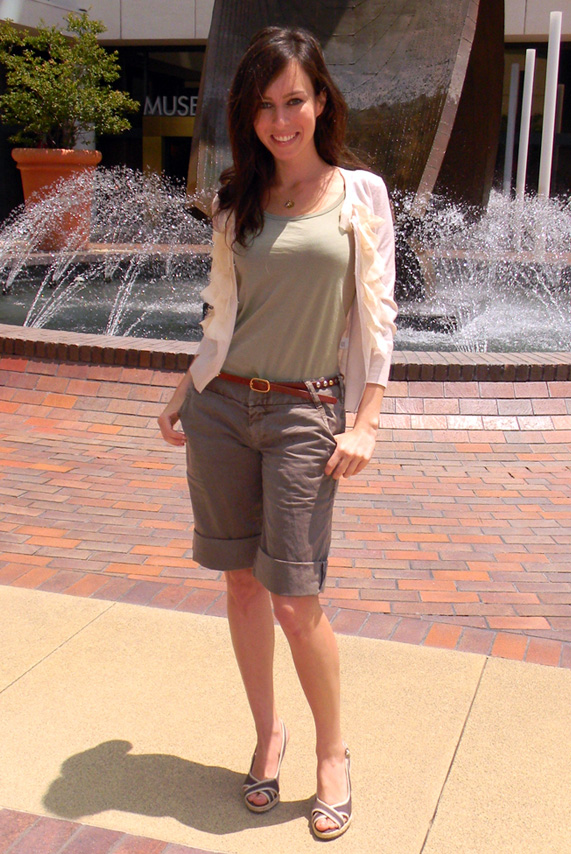 ttF Fashion Staples Series Diary: Ruffle Army
Being one of the trendiest colors for spring, it’s no surprise that every other celebrity has been spotted wearing army green. J Brand’s cargo pants have been incredibly popular but the Kardashians have shown all variations of the color from rompers to tops to booties.

Aside from the studs, which reminded me of a belt of bullets slung across army pants, I went a more feminine route with ruffles and espadrilles. I think it’s important to mix it up when you’re doing the military trend. Wearing army green from head to toe looks too much like you’re on your way to enlist.