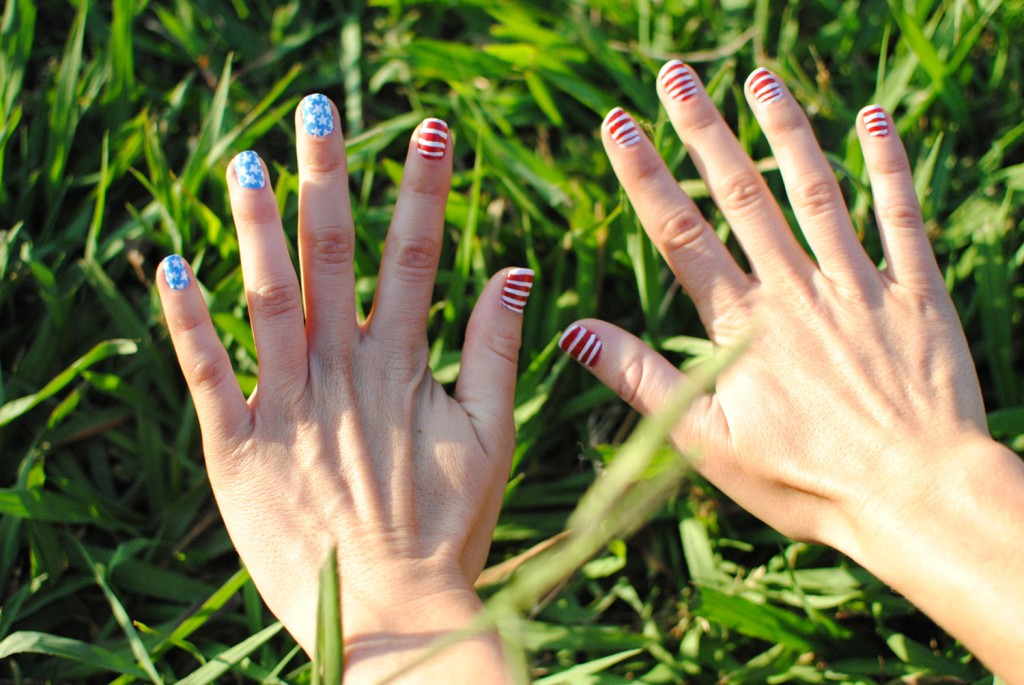 Happy Fourth of July! I hope everyone has a fab Independence Day. XO

How I did my mani… After a night staying out way too late with friends, I had to spend Saturday morning on the couch. It took me about three hours to do this manicure, but at least 75% of that time was spent watch Clueless and Yes Man on HBO.

First, I painted seven of my nails red. Then, I thought about buying Calvin Klein’s remake of Cher’s white dress. I painted the remaining three nails blue. I realized I’d be insane to spend that much money. I waited till Alicia Silverstone and Paul Rudd kissed, and then started painting stars using Milani Nail Art in White Canvas. The precision brush made stars and stripes a breeze as I watched Jim Carrey and adorable Zoe Deschanel.