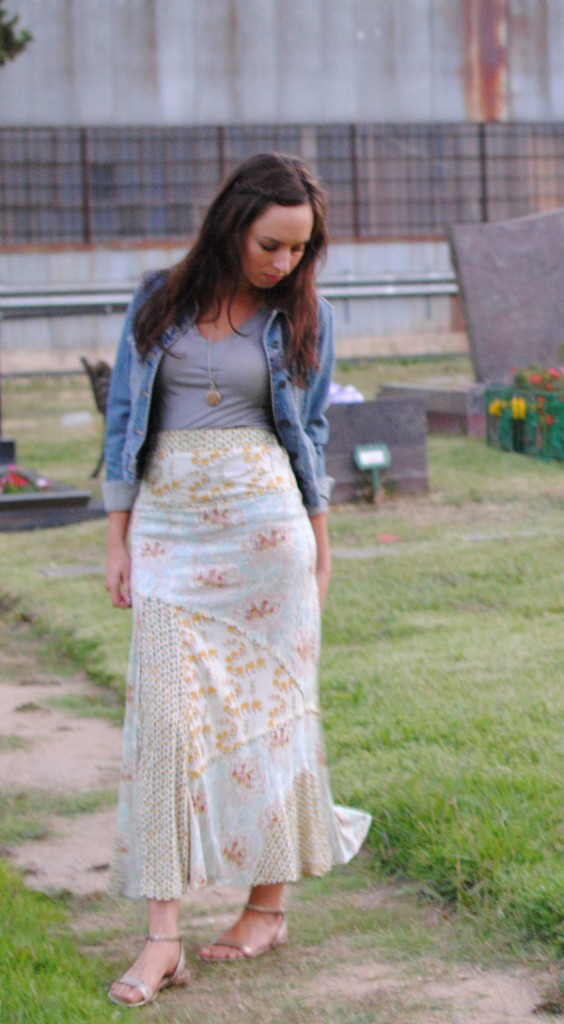 ttF Fashion Staples Series Diary: Easy Rider Picnic
For ten seasons now, Cinespia has been showing movies under the stars at the Hollywood Forever Cemetery. And it’s taken me 10 years to finally to go to a screening! My friend Jen invited to an Easy Rider picnic (she’s a fab cook and made a delish meal for the movie). Since we’d be sitting on blankets in the grass, I wanted to be comfortable so I went with a boho skirt, cotton tee and a denim jacket. My hair was an absolute mess so I took inspiration from Eclipse girls Kristen Stewart and Ashley Greene and disguised my bangs with a braid.

The whole graveyard scene felt very Twilight-esque. At first, it was a little creepy being at the cemetery. But the grounds are often used for festivities. The only other time I had been there was for a war-themed video game launch. We were picked up at the gates in Hummers then partied in the mausoleum with Kate Bosworth, Lindsay Lohan and Kevin Federline. Yes, it was quite a few years ago.

Tonight was more serene, aside from the sounds of motorcyclists arriving to see the American road movie. The man in front of us even dressed like Peter Fonda, flag leather jacket, helmet and all. Not even my American flag nails could top that!