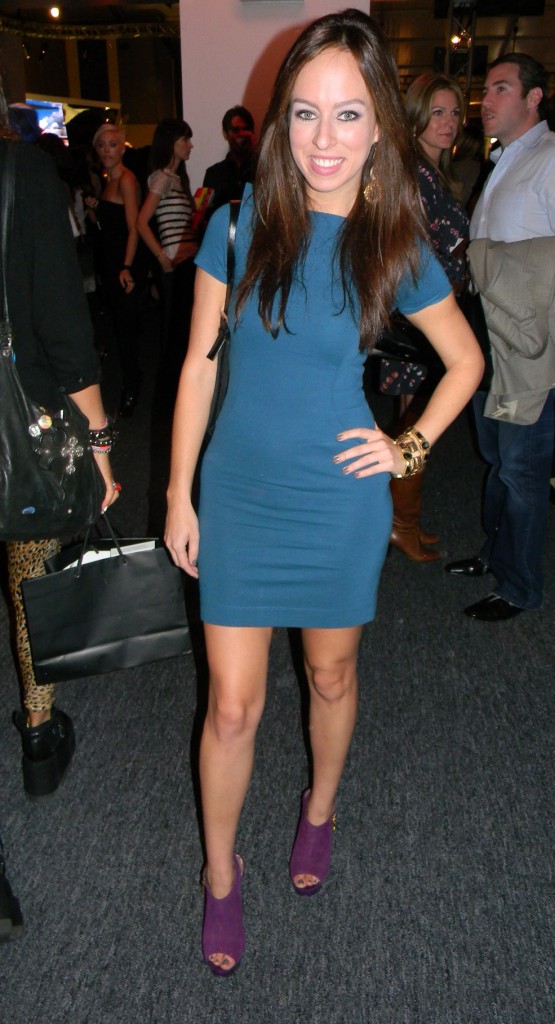 ttF Fashion Staples Series Diary: Night 3
During a quick two hour break between shows, I ran home and changed out of my day clothes for the evening. It was a little strange wearing a mini and platform booties at 5:30 pm but at the tents, nobody blinked twice.

After Charlotte Ronson, I went with my friend Tayrn to her first show. We sat fourth row at Z Spoke Zac Posen, not bad for losing your fashion week virginity! When the playful runway ended, we joined our fellow E! and Style friends, Sarah and Aly, and had a glass of champagne at Zac Posen’s post-show, co-hosted by Top Chef‘s Rocco Dispirito. Claire Danes, Shenae Grimes, Rashida Jones, Michelle Trachtenberg and Kimora Lee Simmons (who was filming her reality show) showed their support at the designers reception, where five winner debuted their original recipes. We munched on some polenta and pumpkin ravioli, and then headed over to Rockefeller center to see QVC’s fashion show.

K-Dash, the Kardashian’s line, made it’s debut at the live broadcast alongside Julie Chaiken, Isaac Mizrahi and Rachel Zoe’s collections. At that point, I was starving. Luckily, Lavo was have a soft open and I had dinner with my friends seated between supermodel Naomi Campbell’s table and supermakeup artist Pat McGrath’s. I felt like I was having a fashion week dream!