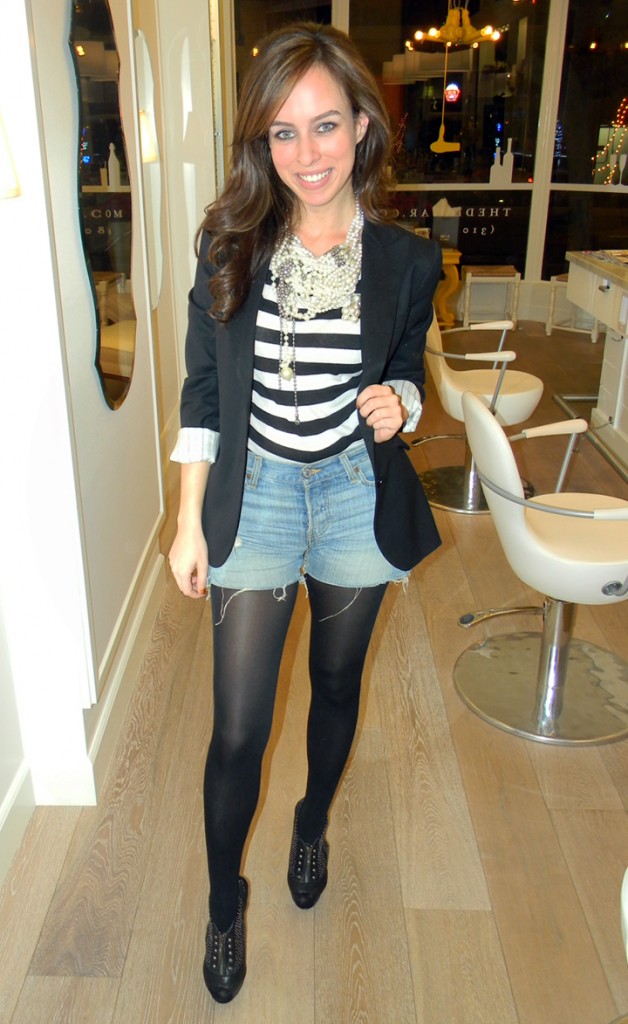 ttF Fashion Staple: Black Boyfriend Blazer
Tonight, my friend Jen and I were invited to the opening of Dry Bar in West Hollywood. If you haven’t heard of Dry Bar, it’s a pretty genius concept. It’s a salon that only does blowouts, no cut, no color, just blowouts for only $35. You can choose different styles, but my love of big hair led me towards Southern Comfort: big hair, lots of volume.

After bubbly and blowouts at the salon, it was time to head over to the Four Seasons to preview Rock & Republic’s latest shoe collection. A new friend I met that night, Sina, described my outfit as bohemian pirate. I guess that’s one way of looking at the stripes, studs, spikes and pearls! I think the cluster of pearls made the look. And it certainly was a conversation starter. But the chatter couldn’t last too long. Since I was only borrowing the piece for a shoot it was as if I was a fashion Cinderella… with very voluminous hair.