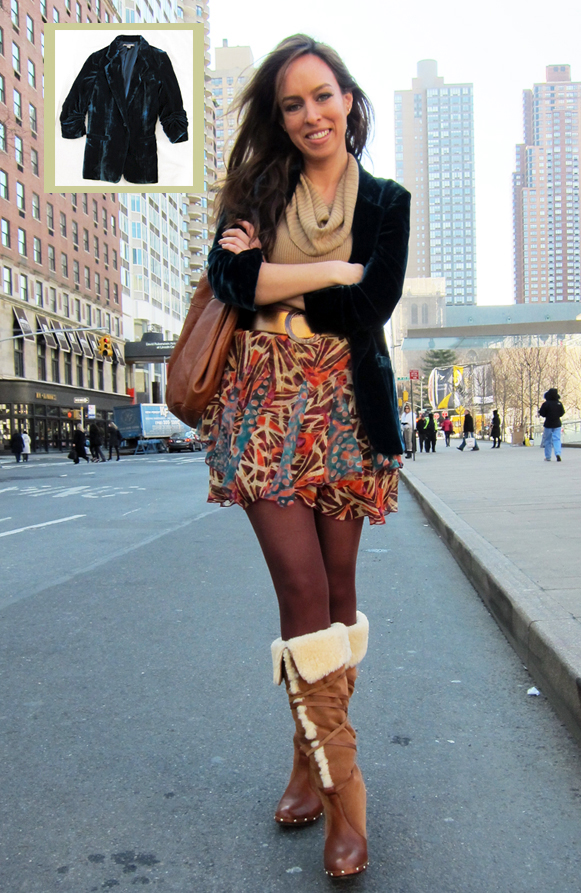 ttF Fashion Staple: Velvet Blazer
Back in October, I got great feedback on this city safari look I created using that month’s sweater dress staples as a top and layering it with a bright skirt. So today, I did a similar outfit with more layers to combat the New York chill. The boots were a huge hit and got photographed for numerous blogs. But they’re not so man friendly. One guy called them “silly Pocahantas shoes.” But when it’s fashion week, I certainly dress more for women then men.

Today, was my last full day of shows. It began with a creamy winterland at Nanette Lepore and ended with red carpet royalty gowns at Marchesa. For pics and my runway recaps make sure you check out my daily Fashion Week column on Mystyle.com and follow me on Twitter at @sydnesummer!