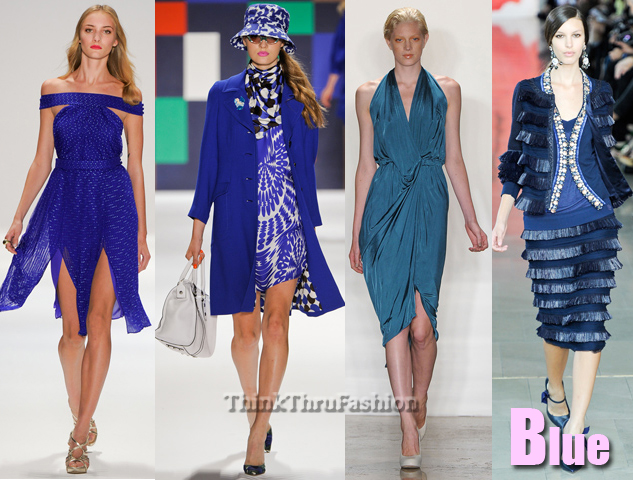 Cobalt, navy, teal, turquoise, cornflower, royal… you name the blue and chances are it made at least one appearance during Mercedes Benz fashion week. While some designers were influenced by the ocean, others were in a 1920s French mood. The top two blues according to the Pantone color report were Sodalite Blue (classic maritime): “calming” and “dependable” as well as Cockatoo (blue-green): “tactile” and “whimsical.”