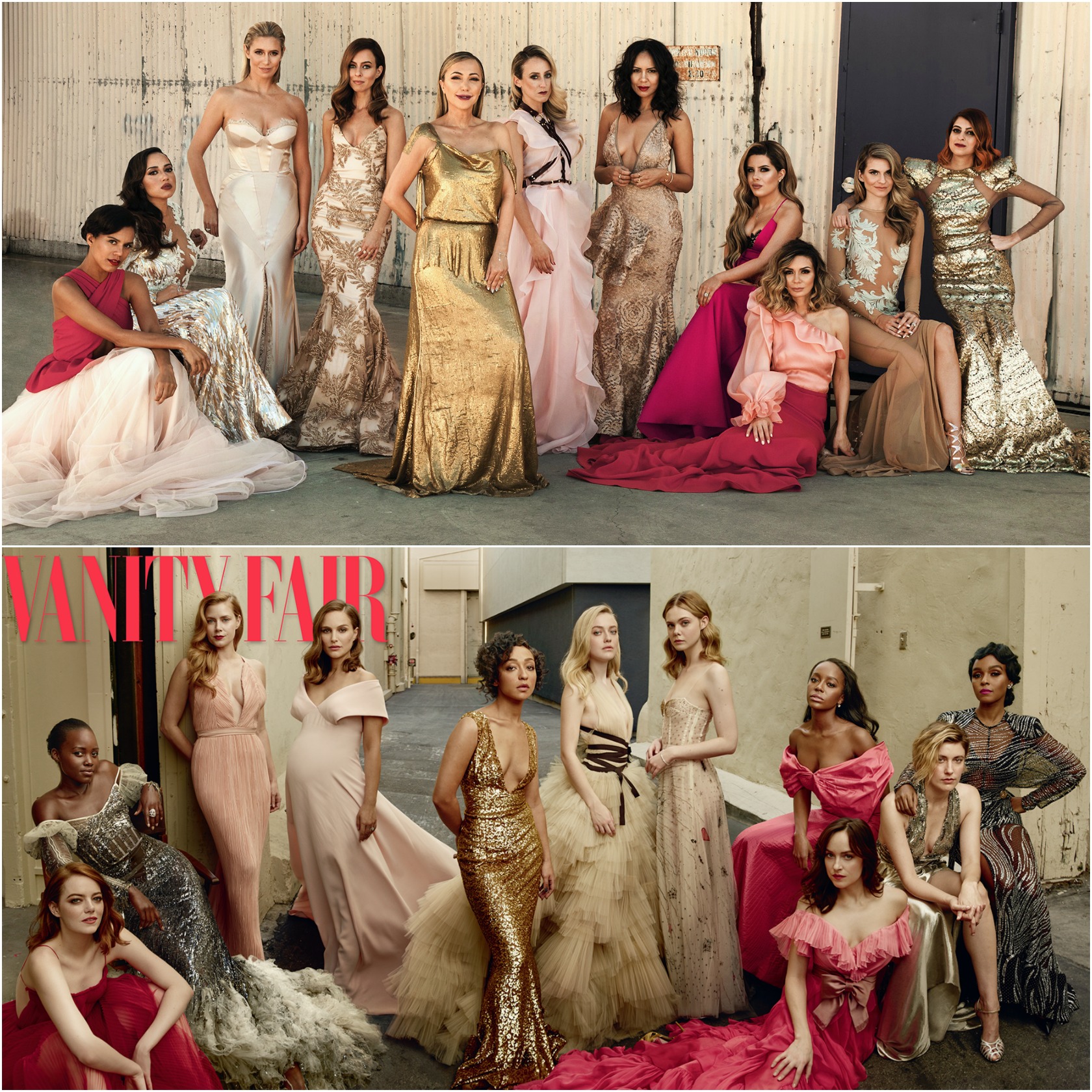 Having started my career in entertainment, awards season always holds a special place in my heart. When I was E! Online’s Hollywood Party Girl, I used to cover the parties after the big award shows. Now as a digital influencer, I get to recreate the glamour.

Ok, let me take a step back. A couple of days before I left for New York fashion week, my friends Diana and Elaine texted me asking if I wanted to do a photo shoot inspired by Vanity Fair‘s Hollywood Issue. Take inspiration from one of the most coveted magazine covers of the year? Obviously my answer was yes!

Fast forward to the night I came back from fashion week. I caught an earlier flight home and my girls told me Vita Liberata was on board to bring the shoot to the next level: hair, makeup and a golden Hollywood glow. I woke up the next morning exhausted but completely exhilarated.

Diana and Elaine pulled a bunch of dresses from Michael Costello and thanks to my Insta fam, I decided on this embellished mermaid gown. I wanted my makeup to blend in with the sparkling details of the dress so we did a metallic smoky eye with neutral lip. As for hair? I was majorly inspired by the Old Hollywood waves of my two favorite actresses on the cover: Natalie Portman and Amy Adams. When we were done, I literally felt like an Oscar! Since the thought behind the shoot was to put a social spin on the classic Hollywood issue, I wanted to make sure to include the handles of all the girls involved.  From left to right, allow me to introduce you to “The Social Edition:”
@grasiemercedes / @elizabethkeene / @kathryneisman / @sydnesummer / @dianamadison / @elshanesworld / @tayehansberry / @makeupbyani / @makeupbylilit / @iamrachelmccord / @iamfashionlaine