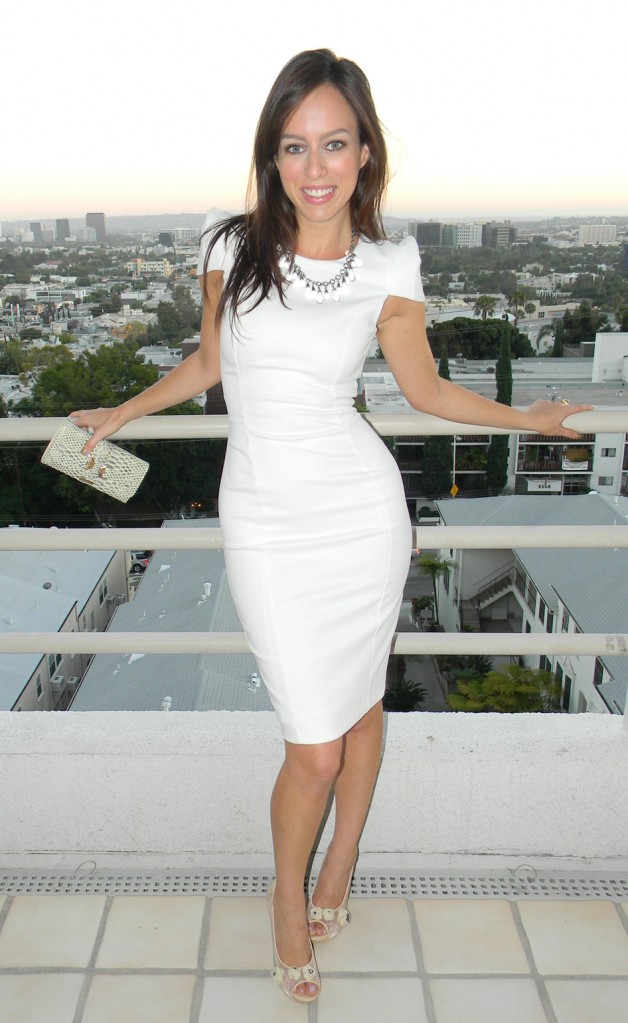 ttF Fashion Staples Series Diary: Kicking Off Emmys with Audi & Chopard
Audi always throws the best parties during awards season. Instead of celebrating night of, they usually kick off the week with a star-studded bash. For Golden Globes, they showcased vintage fashion and for Oscars, they teamed up with Marchesa. Tonight, they joined forces with Chopard and I literally almost died over some of the jewels showcased at the event.

I brought my mom as my date. Doesn’t she look stunning in her asymmetrical LBD? As for me, I was able to squeeze into the white dress I originally planned to wear to the ThinkThruFashion Accessory Swap Soiree. I couldn’t really breathe in the dress, or munch on the yummy apps being passed around at Cecconi’s. But it was worth it. I felt confident and got a bunch of compliments, including one from True Blood‘s Ashley Jones, who was a total doll.