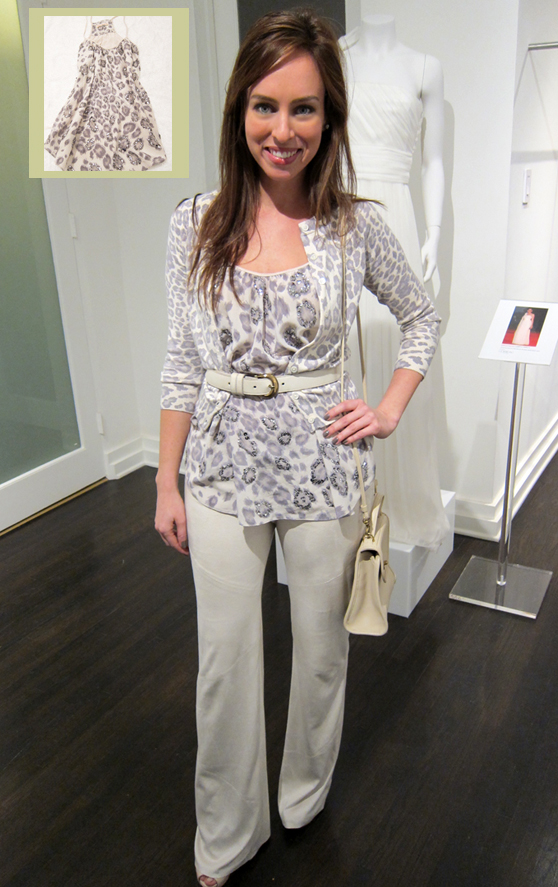 ttF Fashion Staple: Snow Leopard Tank
Tonight, People StyleWatch hosted a “Night of Red Carpet Style” at Decades boutique. Cameron Silver cleared out his vintage shop to make way for some of the most iconic designer gowns worn on the red carpet in the past 10 years. It was so fun to see the memorable dresses up close, from Drew Barrymore’s Monique Lhuillier at the 2009 Emmys to the ruffled Valentino Kate Bosworth wore at last year’s Oscars. People StyleWatch editor Susan Kaufman also chose Valentino for the fete, while Whitney Port went with a Decades vintage Thierry Mugler paillette mini. I couldn’t keep my eyes off Angie Harmon, who always lights up a room, and did so tonight in an Azzaro jumpsuit.

As for me? I went with a very similar outfit to the one I wore back in October for a charity event. Instead of doubling up silk, I layered two different snow leopard patterns, which just so happened to match my new mani: Essie’s Merino Cool.