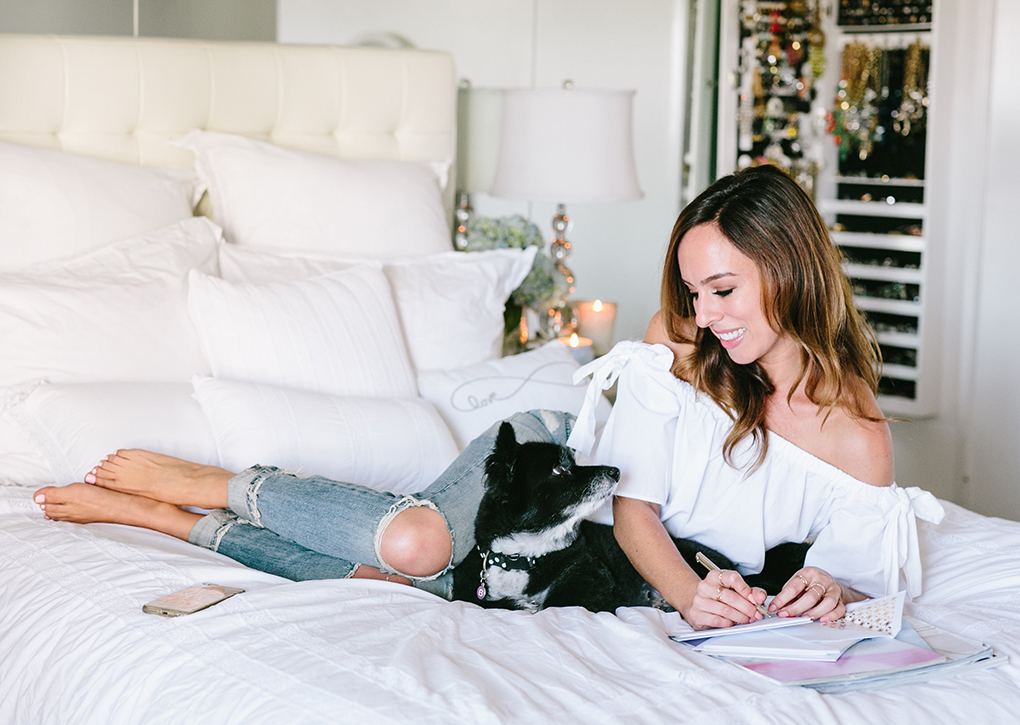 One of the biggest lessons I’ve learned over the years is the power of networking. No matter your profession, networking is invaluable to your career. I was lucky to discover this very early on when I was the Hollywood Party Girl columnist at E! Online. I’m pretty sure I spent the majority of my salary taking contacts out to drinks. But sipping wine and eating crostinis with everyone from publicists to journalists and editors helped me quickly move up in my job—and later was one of the ways I was able to go off on on my own to become a full-time fashion blogger. Here are three networking tips I’ve used throughout the years that I’ve found incredibly helpful. I hope they help you as well!

Have coffee or drinks with at least one person every week.

We all have crazy busy lives. But most of us can squeeze an hour or two of every week to devote it to networking. When one of my now incredibly successful blogger friends asked me for advice a couple of years ago, I told her to try to meet a publicist, blogger or some type of media contact every week. She was shy and nervous about this goal but stuck to it and it really helped her build her contacts, ultimately leading to more jobs.

When you’re in these more casual type of meetings, remember the goal is networking, not just selling yourself. I’ve found that I’m much more successful when I’m not pushing myself and my brand on others. We start to build a relationship and later end up working together. Of course, I throw in projects I’m working on or ideas I’m excited about. But the ultimate goal is to get them to know more about me and for me to learn more about them. When you form a bond with someone, that’s when they stay in your network over the years.

Be active on social media.

One of the coolest parts about social media is it can connect you to people you never might have met or had access to before. It’s no longer crazy to write on a stranger’s photo, telling them what an inspiration they’ve been. In fact, it’s a huge compliment! I’ve formed many relationships with people who I’ve followed or chatted with on Instagram and Twitter over the years. So use social media to your advantage.

If you’re visiting a new city, DM your favorite blogger or a brand letting them know you’ll be in town and see if they’re free for coffee. Or simply continue to chat with people and if a project comes to mind that you might want to collaborate on, private message them. At that point, they’ll be familiar with your name and hopefully will respond. If they don’t, don’t stress. For as many people who say no, there will always be people who say yes. And those are the ones you want in your circle anyway.

Never underestimate the power of a hand-written note.

It may seem old fashioned, but I still write hand-written notes as thank yous. Especially nowadays with everything being on your computer, there’s something so special about actually opening up an envelope and seeing that someone took the time to write down their thoughts. Every year, I send holiday cards. After big projects, I’ll send over cupcakes or something that shows a little more effort than a simple thank you email. It’s the little things that make a big difference in people’s minds. I know it does for me.

If you have any topics you want covered in future columns let me know!
#SSRealTalk