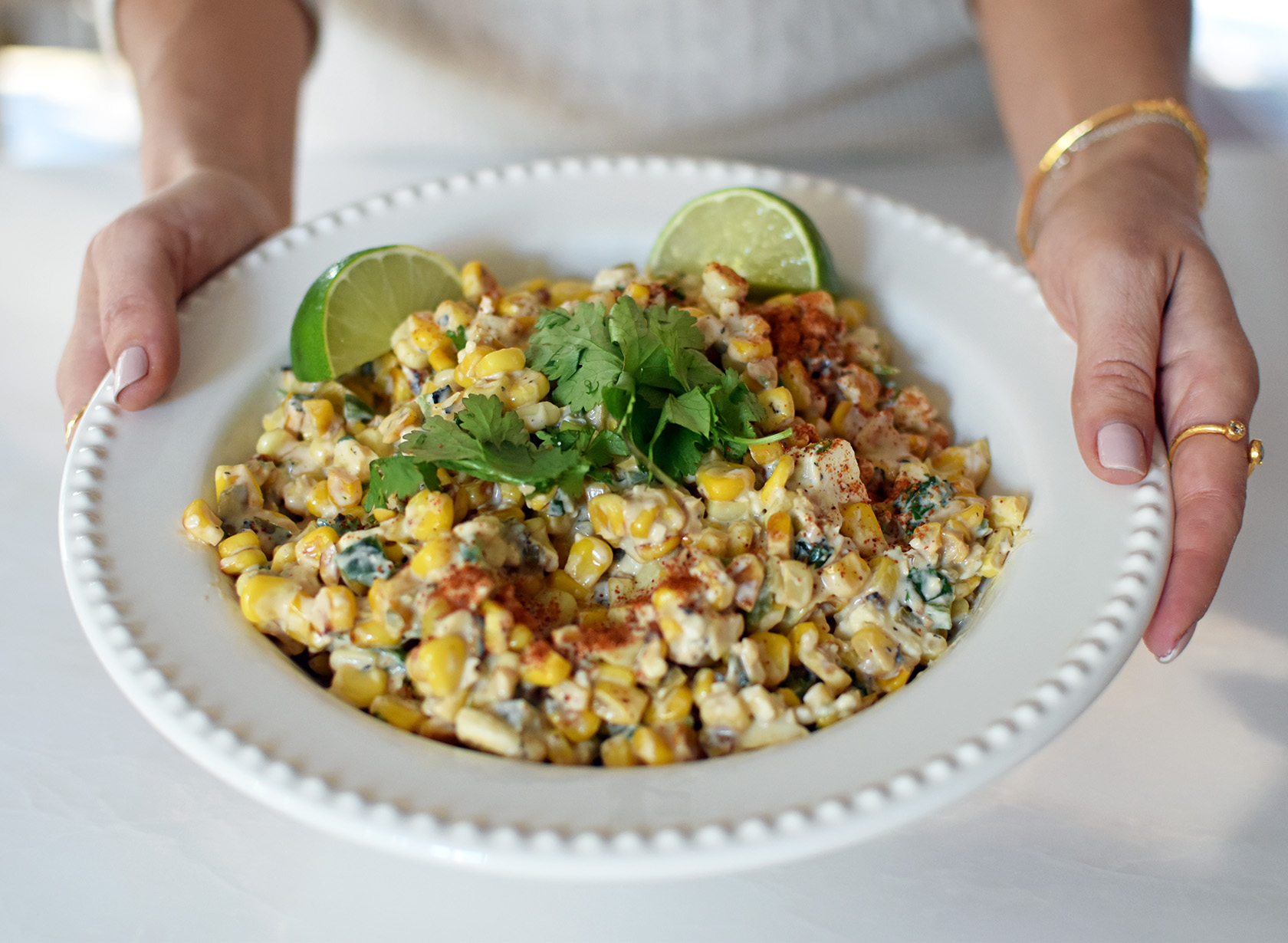 One of my favorite Mexican sides is street corn. There’s something about cheesy grilled corn on the cob that gets my mouth watering. So for Taco Tuesday a few months ago, I was determined to make an easier alternative. It was too cold to grill, so that wasn’t an option. Instead, I was inspired by a Mexican Street Corn Nachos recipe and Mexican Street Corn Salad recipe I found on Pinterest. I mixed tips from both to create my own cheesy corn dish. I’ve tried out the recipe a few different ways so I’ve included options for the original super creamy version as well as the lower-fat alternative. They’re both delicious so it really depends on your preference.

I’ll be trying out new recipes today if you want to follow along on Insta Stories! I’m excited to cook up some new dishes then have a major feast while watching the season finale of The Affair. I really hope Allison and Noah don’t get back together. He gives me such the creeps. Is anyone else obsessed with the show?

If you try out this recipe I’d love to hear what you think! I’ll be bringing you the tacos recipe I paired it with next week so stay tuned!