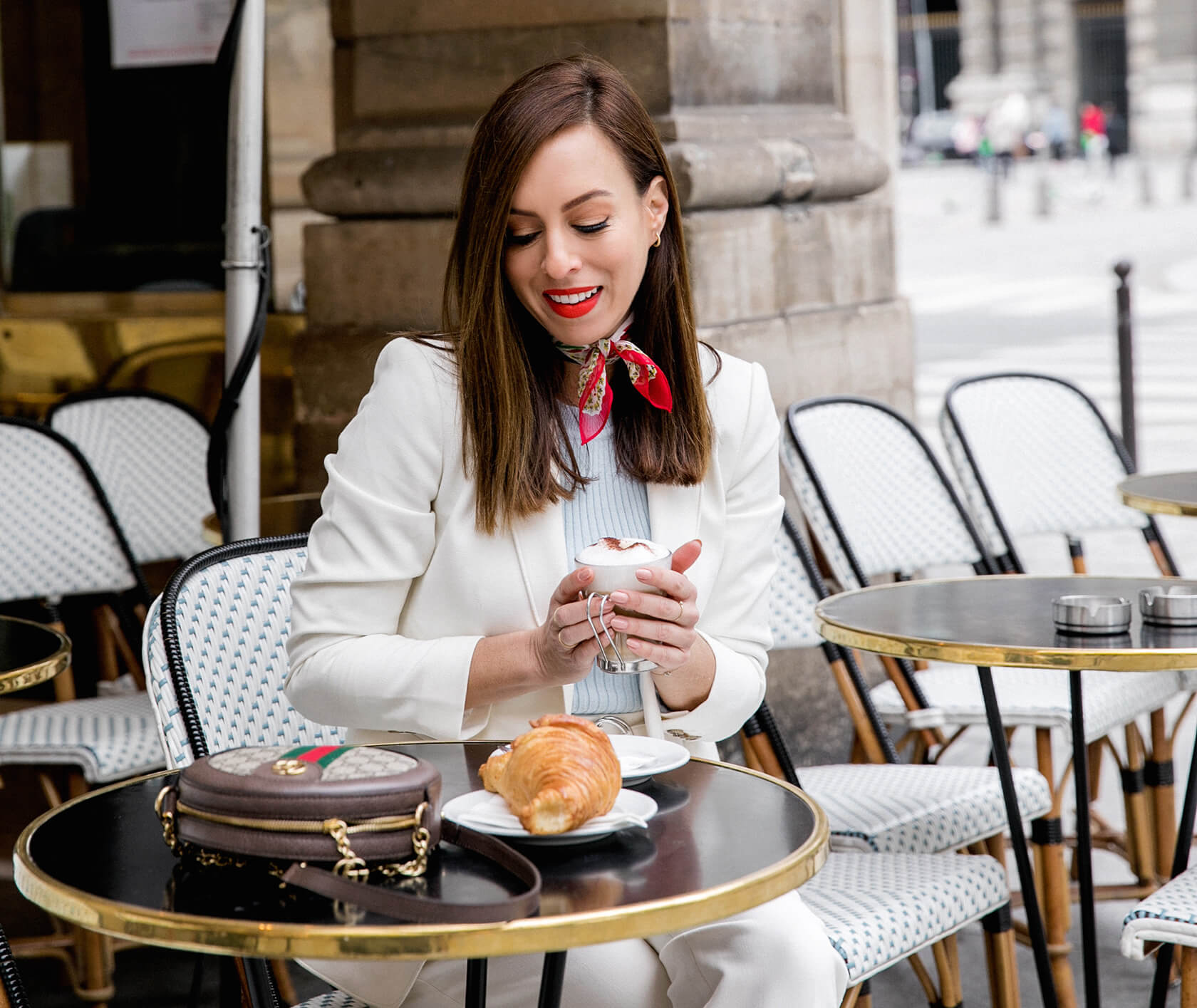 One of my favorite parts about Paris is the people watching. I love sitting in cafes looking at what everyone is wearing. French girls have an effortlessly chic, cool vibe about them. They never look like they’re trying too hard and they always look put together. Here are items I noticed about French girl style while I was in Paris…

Springtime can be quite chilly in Paris. It was mostly in the ’50s when I was there in May. Almost every French woman wore a scarf. Some tied delicate silk scarves around their necks. Others used longer scarves, which they wrapped around multiple times for warmth. They wore scarves with everything, from dresses and skirts to pants and denim. If you want to dress like a French girl, a scarf is your meilleur ami.

Blazers seemed to be the jacket of choice for French girls. I personally love a blazer since it instantly makes you look more put together. I wore my white blazer multiple times with jeans and with matching pants as a suit. Suits were also quite popular amongst women in Paris. But they rarely wore them with heels. Instead they paired their suits with sneakers, which brings me to my next fashion item on how to dress like a French girl…

Paris is a walking city. So I wasn’t surprised to see most women wearing flats. I would say the majority of flats were sneakers. While I brought along my white sneakers, I saw French girls rocking all types of kicks, especially designer footwear. I kept eyeing the cutest Louboutin and Gucci sneakers as I people watched. I also saw a lot of loafers as the weather warmed up.