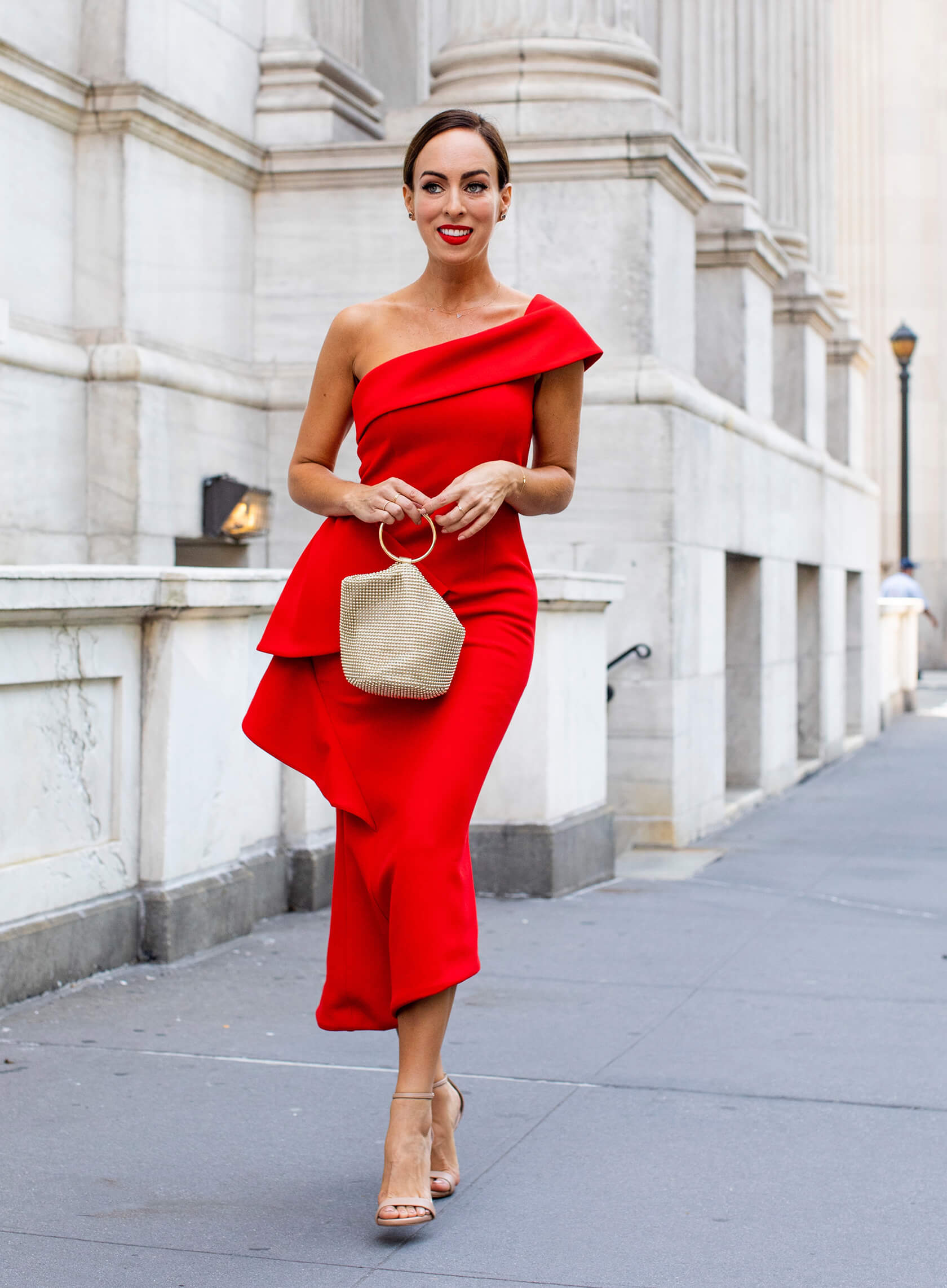 Are you excited for the 2019 Emmys? I can’t wait to see what everyone wears! The red carpet is always my favorite part about award shows. I also love the after parties. I have to take it easy this year from my injury so I’ll just be watching the Emmys on the couch. But if I was attending the parties, I would have worn this red one-shoulder dress from fashion week.

There have been so many stunning looks at the Emmys over the years (I rounded up some of my faves over on Instagram). But when it comes to color, the most memorable for me have been the leading ladies in red on the Emmys red carpet.

In 2017, Nicole Kidman won an Emmy for her role in Big Little Lies, wearing a stunning red Calvin Klein dress. The prior year, Priyanka Chopra brightened the 2016 Emmys red carpet twirling in a Jason Wu gown. Red was the color at the 2011 Emmys. So many actresses matched the red carpet in the hue. I had two favorites that year: The first was Nina Dobrev in a Donna Karan mermaid dress. She was a newer actress at the time but wow, did she stand out with her glamorous Old Hollywood look. Another standout for me that night was Kate Winslet, who looked so sexy in Elie Saab as she collected her Emmy for her role in Mildred Pierce. And speaking of sexy, it’s hard to forget Blake Lively in Versace back in 2009. Obviously most of don’t have the occasion to wear a red gown like the actresses on the red carpet. But a statement red dress? Well, holiday season is coming up soon, which means red is always a good choice. Between the ruffles and one-shoulder design, my red dress makes the quite the statement on it’s own. So I took inspiration from Priyanka and pulled my hair back and kept accessories minimal: a gold hair barrette, matching bag, stud earrings and nude shoes. The finishing touch? A matching red lip.

Now back to Emmys this year, I’m not just excited for the red carpet. Almost all of the shows I binged on are nominated! I’m rooting for everyone! Fashion wise, though, I’m hoping Rachel Brosnahan takes inspiration from her character on The Marvelous Mrs. Maisel for her red carpet choice. I love the fashion so much in that show!