I’m so excited for today’s blog post because I’m formally introducing you to my new furbaby.

I adopted Jack Jack five weeks ago and we’re inseparable. He’s such a bundle of joy and I feel so lucky to have him as my son. I’ve been getting so many questions about him over on Instagram (his hashtag is #jackjacksummer). So I figured I’d do a little Q&A today, along with pics from his first photo shoot. He’s already a natural in front of the camera!

How old is Jack Jack?

My vet said he’s between 9 months to a year and half. So we decided to go for the middle and declare him a one year old. We’re making his Gotcha Day his birthday, June 24.

What breed is he?

No clue! My vet said he’s one big cute mix. After doing research, he has a lot of the same personality traits as a Japanese Chin. We’re thinking he could also be part Pekingese, various spaniel breeds and maybe even a little Pug.

Is he liking his new home?

He loves it! He’s totally settled in already. His favorite spot is by far the couch. He likes treats but way prefers toys. I put his toys back in his basket every night and by mid-day they’re all over the apartment. His favorites are his lamb family.

Where is Jack Jack from?

China! The wonderful ladies of China Doll dog rescue brought him over to America just a couple months ago. They saved him from the streets of Beijing. I learned a few words when I adopted him: Nǐ hǎo (hello) and Wǒ ài nǐ (I love you). We’re also calling my parents Wàipó and Wàigōng since they’re not ready to be called Grandma and Grandpa.

Where did you get Jack Jack?

I initially found Jack Jack on Petfinder. I was just starting to look what dogs were out there. I found Bunny years ago on Petfinder as well. What I love about the site is there is a huge search filter. I knew I wanted a boy (Bunny will forever be my little girl). And I also knew I needed a dog who was good with other dogs since I often go to down to San Diego, where my parents have two large pups.

I instantly fell in love with Jack Jack’s photo so I reached out to inquire about adoption. He was with the lovely people at Bark n’ Bitches, a pet shop in LA that houses adoptable dogs. 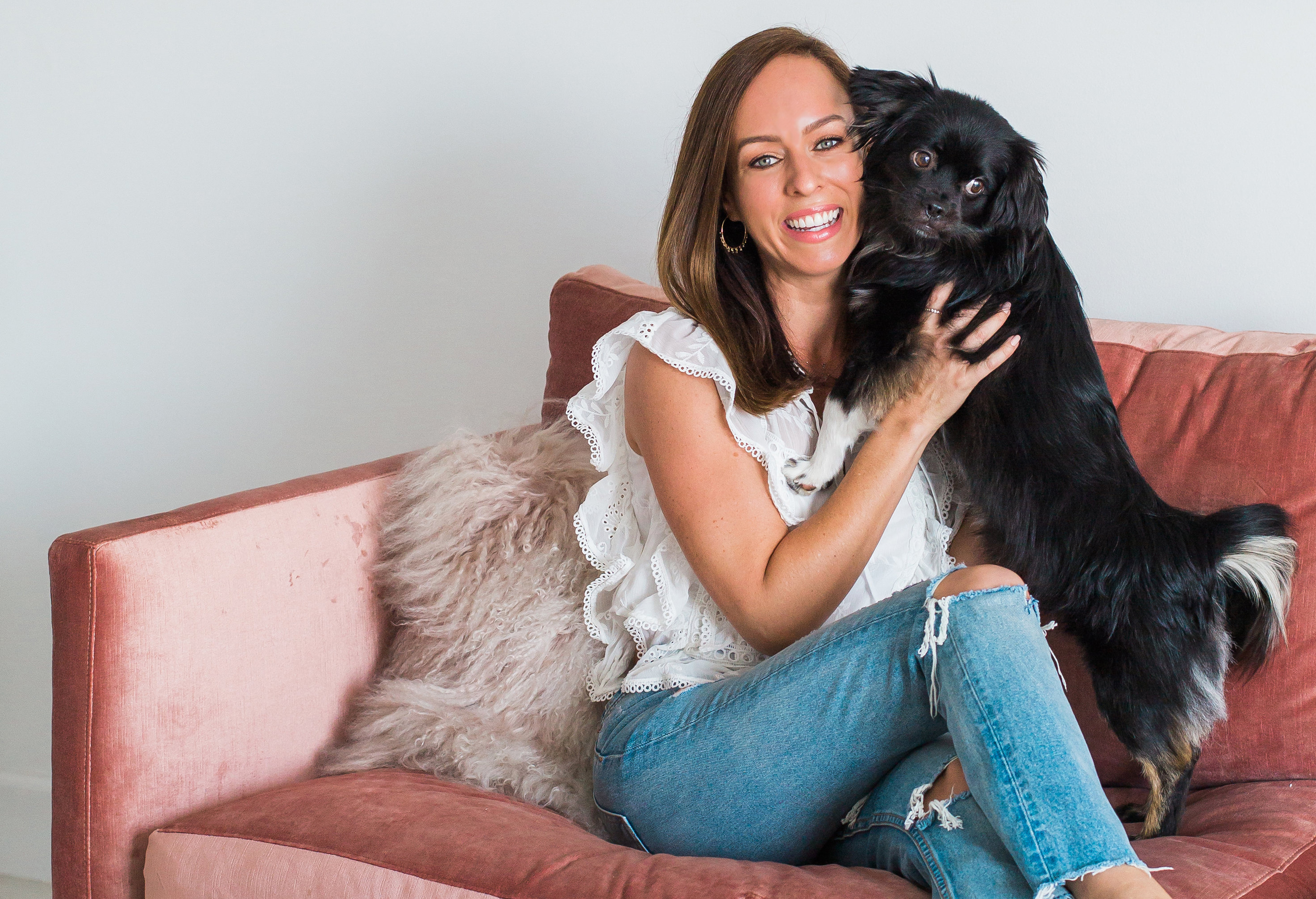 What’s with the name Jack Jack?

A staff member at Bark ‘n Bitches named him Jack Jack after The Incredibles. I actually haven’t seen the movie (on my to-do list!) but I felt like it totally fits his personality. I’m calling him JJ for short, even though he doesn’t seem to know that yet.

Was it hard getting him so soon after Bunny Bell?

Initially, yes. I really did not think I would get another dog so soon. But since I live alone, my house felt completely empty without Bunny. I could barely be home because all I did was cry and sleep. Since I knew my sadness wasn’t subsiding anytime soon, I decided maybe it would be better to be sad while having a little furbaby to keep me company. That’s when I started looking online.

There was something that pulled me to Jack Jack. I really believe that Bunny sent him to me to help me heal. He was shy when I first met him, hiding in a cabinet. But he quickly warmed up to me when I took him for a walk. Since I wasn’t sure if I was ready to adopt yet, the woman at the shop said I could foster him for two nights to get a better idea. Three hours after I took him home, I texted her and asked her not to accept any more applications. Jack Jack found his forever home.

It was the best decision I could have made. Over the past few weeks, he has brought so much joy into my life. I started to have a reason to leave the house every morning (he loves long walks!). I started laughing again. And I was comforted by the pitter-patter around my home. I still sleep with Bunny’s favorite blanket every night. But now I have the warmth of Jack Jack by my side. It feels so good to have saved a life… but in reality, he saved me.