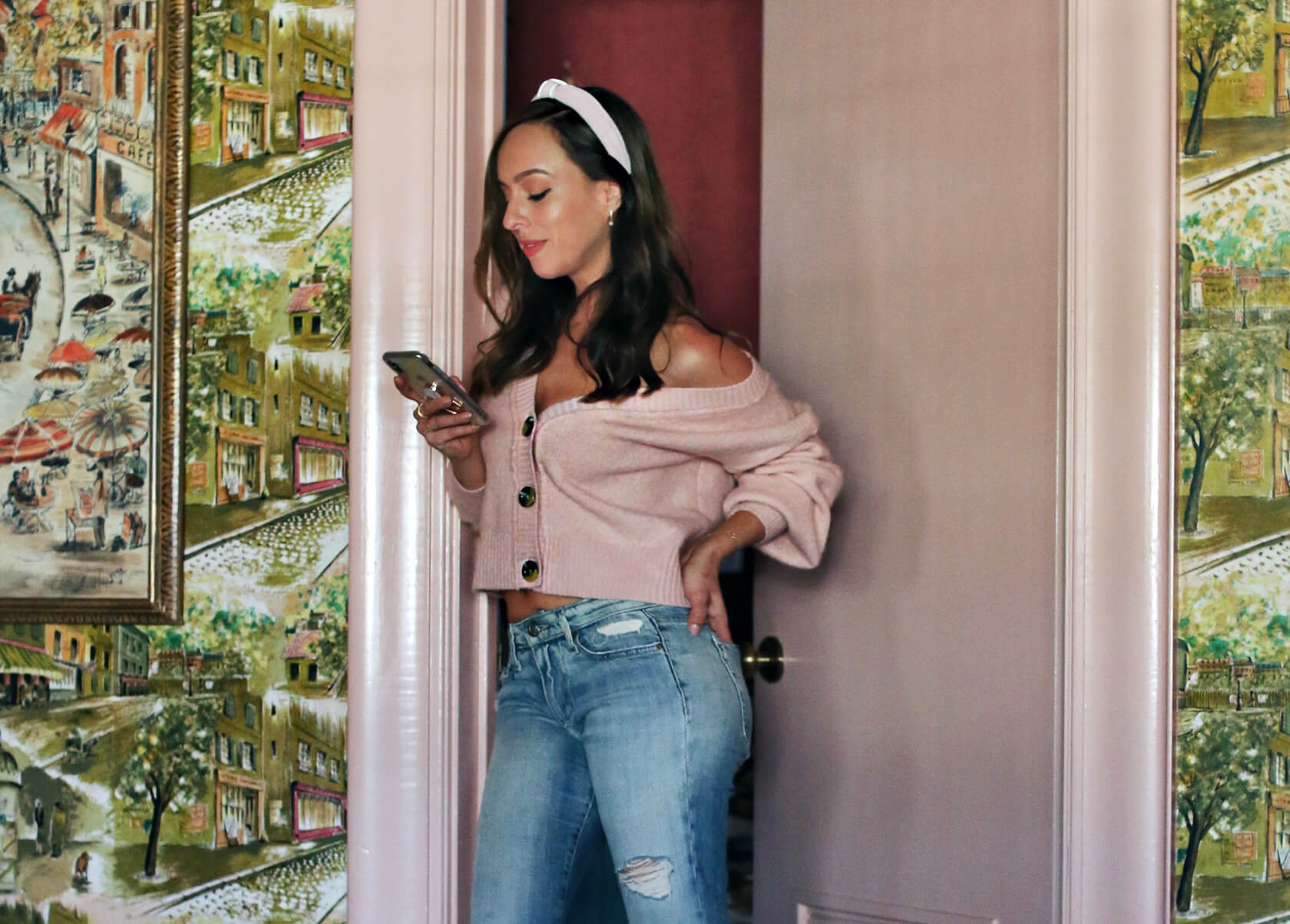 I get asked about dating all the time. To be honest, I don’t totally feel comfortable talking about it. I love being an open book with you guys but I really don’t know too much about dating. Obviously I “dated” my ex boyfriends before meeting them. Usually it was a few dates and they immediately became my boyfriend. I’ve always been a serial monogamist. So this is the first time in my life I’ve actually dated. And man, is it rough!

After breaking up with my ex last year, I took time for myself to heal emotional scars from our toxic relationship before entering the dating world (I shared my tips on how I turned my breakup into a breakover). After a few failed set ups from friends, I reluctantly tried dating apps. Some were awful and some were okay. But they all had one thing in common: ghosting.

I never fully understood the meaning of ghosting until I was ghosted myself. I went on five dates with a guy I initially liked but after our final date I decided he wasn’t right for me. I was going to talk to him about it over the phone but I never got the chance. He ghosted me!

The funny thing was, I didn’t even like him anymore. But man did it bruise my ego. I was also so confused. How can you take the time to go on multiple dates with someone then just completely ignore them? But after talking to numerous girlfriends I grew to understand that ghosting is all too common in the dating sphere we now live in.

Personally, I just think it’s human decency to tell someone it’s not going to work out. It’s much easier to know the truth than to be left in the dust constantly left wondering. All of my girlfriends are under the same thought pattern. So we came up with a few standard text messages to send when we don’t want to continue dating a guy. In our optimistic minds, if women take the lead by being the bigger person hopefully men will follow… and this ghosting epidemic will be a ghost itself. Even if that’s too Pollyanna for you, it’s still nice to feel like a good person. So I just wanted to share our standard responses in case you’re dating and want to join our anti ghost cause.

What to send instead of ghosting?

Text 1: The Truth… with Pros and Cons

This is the standard text my girlfriends and I send when a guy we’re not into asks out on a second date. Generally the response is either pretty short like a simple “ok” or they just don’t reply. Either is fine.

“It was really nice meeting you but I just don’t think we’re the right fit. But I wish you the best!”

If we’ve gone on more dates with someone and decided by date three or four it’s not working, then we just change “it was really nice meeting you” to “I enjoyed getting to know you.” I would say nine times out of ten, the response is very short. However, I have come into a couple of cases where the guy keeps questioning why I don’t think we’re a good fit. I usually just repeat myself since I either a) can’t explain it since it’s just a gut feeling or b) don’t want to tell him the real reason because it will hurt his feeling. It’s in situations like these I understand why it’s easier to ghost!

Text 2: A White Lie That Leaves It Open

Generally when I’ve sent this text it’s the truth. But it also works as a little white lie if you just don’t feel like dating that person right now.

It was so nice meeting you but I need to be honest. I went on a few dates with someone else and I really want to see where it goes. But I wish you the best!

This type of text does leave things open. If the guy’s ego isn’t too bruised, you can always pop in later with a “Hi stranger” if you want to explore dating him again.

Text 3: A White Lie That Shuts It Down

Unlike text number two, this version generally leaves no room for the person to enter your life again… anytime soon that is. If they follow you on social media, they might (and I write this from personal experience), pop back in months later when they think you’re not dating your ex anymore.

I had such a nice time with you but I actually reconnected with someone from my past. But I think you’re a great person and I enjoyed getting to know you.

Again, it is much easier to ghost. But it’s also a very cowardly move. I really do hope that if more women go the anti-ghost route, men will realize their inner decency to do the same. Now comes the second question…

what to do if a guy ghosts you?

There is no point in checking in and trying to figure out what happened. The message of not getting a message is pretty loud and clear.

Just be happy you learned that this guy is not your person earlier rather than later. Think to yourself, would I really want to be with a person who can’t even take a minute to think about my feelings? The answer is a big N-O!

“If they can walk away so easily, they weren’t really invested in the first place.
That doesn’t mean you’re not worth it.
It means they did you a favor by leaving.” —Charles Orlando

I hope this post helps you if you’re in the dating world right now. And I’d love to hear your thoughts on the matter, too!