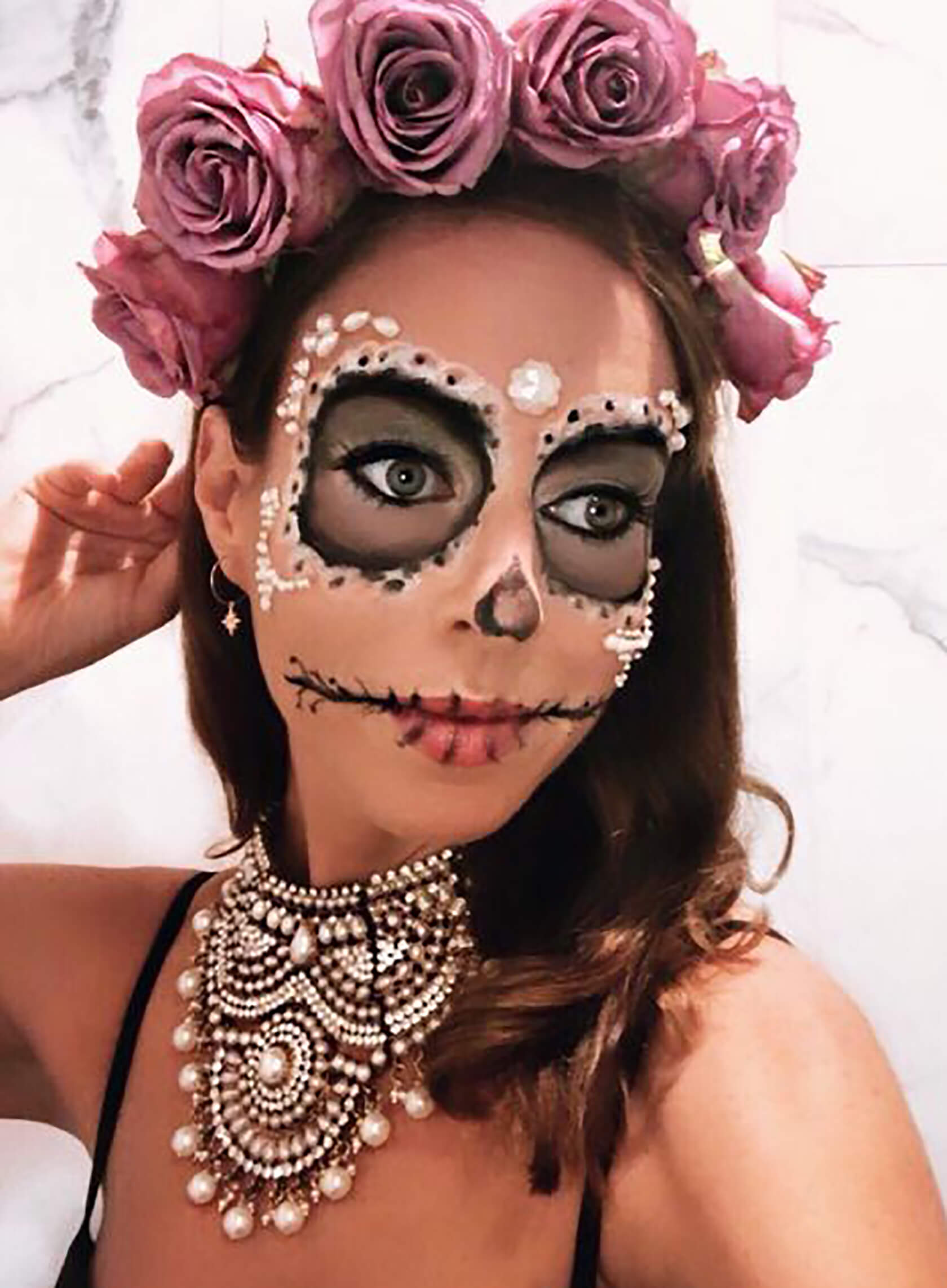 When it comes to Halloween, I usually focus more on the costume than the makeup. But last year, my friends Jessica, Marikah and I were invited to a Día de Los Muertos Halloween party. Having no time to schedule a makeup artist, I did my own Day of the Dead makeup. I was so nervous but ended up having so much fun creating my look!

Some lessons I learned from these Día De Los Muertos makeup ideas?

When looking for inspiration for Día de los Muertos makeup ideas, I turned to Julie of Sincerely Jules. Every year she has the best makeup and I always look forward to see what she comes up with. And it’s not just Jules that has amazing Day of the Dead makeup. It’s a whole family affair. Her fiancé Kevin sometimes appears with her in men’s Día de los Muertos makeup and her sisters have equally beautifully makeup. You can see more makeup inspo on her sister Lily’s blog, The Beautiful Circus. easy day of the dead makeup

If this is too overwhelming for you, I found some easy Día de los Muertos makeup ideas over on Pinterest. I like how the first girl just did normal pretty makeup, adding a few jewels and black eyeliner on her lips, nose and forehead. The second girl barely used eyeliner, mostly just glueing on pearl embellishments. And the second image is actually a sugar skull temporary face tattoo! The user review photos make it look pretty easy to do. But just note I haven’t tried it myself, so I have no clue how difficult it is to take off.

Half face day of the dead makeup

Some other fun Día de los Muertos makeup ideas I found on Pinterest are half face designs. I think it’s a really cool take on the face makeup. Plus, this way you don’t have to worry as much about symmetry!

Shop Day of the Dead accessories

If you try any of the Day of the Dead makeup ideas I’d love to see!
Just tag me @sydnesummer on Instagram and I’ll repost on my Insta Stories!