It’s been over five months since I rescued my little boy, Jack Jack. So I though it would be a good time to share a few updates about the furball who makes me smile every day.

Hands down, Jack Jack’s favorite things in the world are his toys. We’ve gone through so many toys because he rips out the stuffing (and the eyes!) within days. So I was thrilled to try Super Chewer. It’s a monthly delivery for dogs and includes a bunch of durable toys that are seasonally themed. JJ loves The Home of the Whos treat dispenser toy. I just put in treats that come in the Super Chewer box and he’s entertained for hours! I love that the treats are all free of soy, corn and wheat and made in the USA and Canada. Jack Jack easily gets an upset stomach so it’s nice not to have to worry.

After months of speculation, we’ve decided that Jack Jack is mostly a Tibetan Spaniel. He has all the character traits and looks so much like the breed. He definitely has some other mix to him but every since discovering this ancient dog breed from Tibet, I’ve been calling him my little Tibbie. 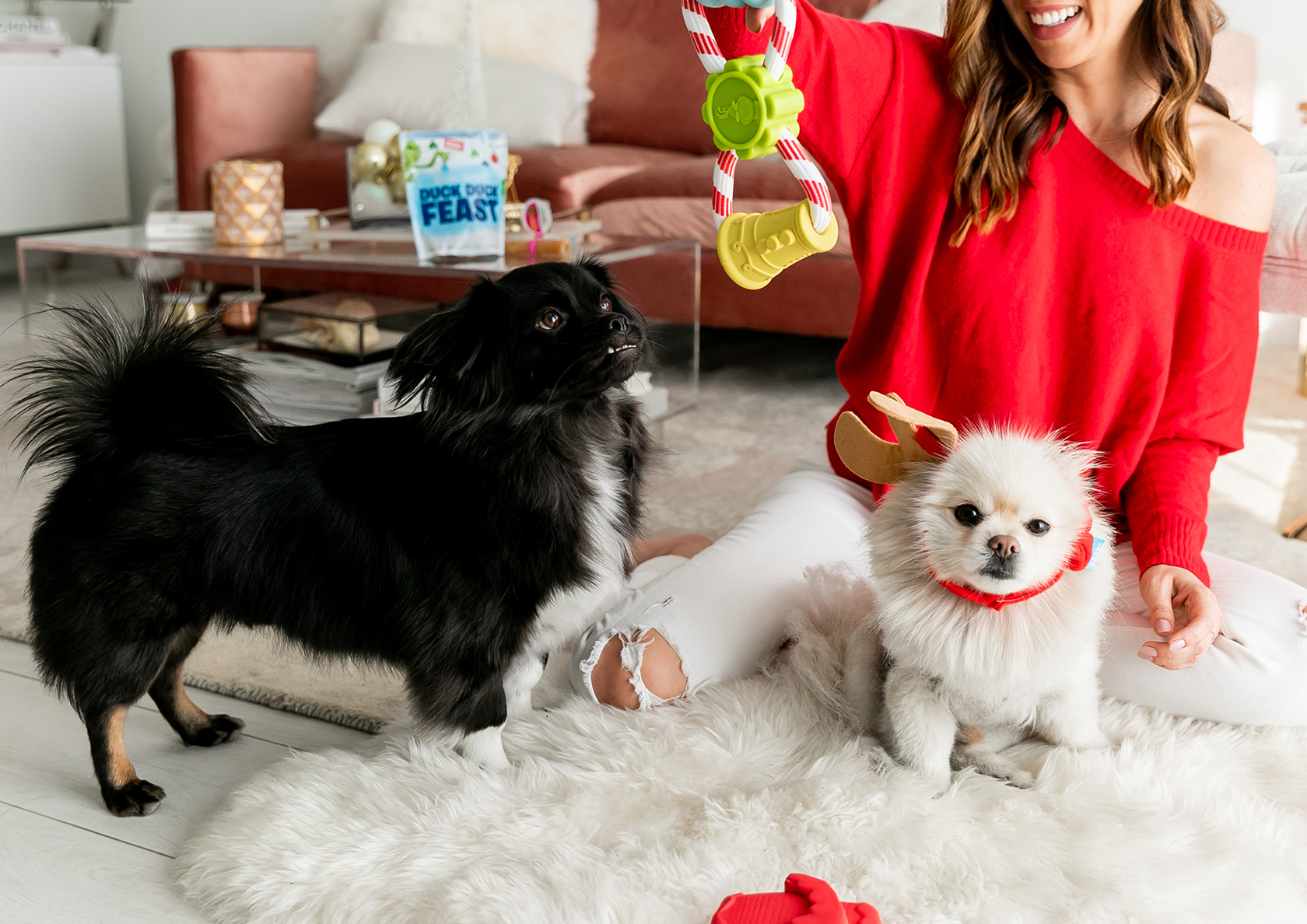 I’m so happy Jack Jack gets along with my neighbor’s pup, Nugget. You see them on my Insta Stories all the time. They are best buds! It’s super helpful to have a friend next door to watch him when I’m traveling. JJ is a little too hyper for me to bring on a plane (hopefully one day!). So the only traveling I’ve done with him has been local. We’ve gone down to San Diego a few times and he’s obsessed with his uncles Titus and Teddy. Their favorite thing to do together is play tug-of-war. So I can’t wait to bring down the Grinch tug toy from JJ’s Super Chewer box when we visit for Thanksgiving! Read more about Jack Jack in his introduction post! Thank you to ShopStyle and Super Chewer for partnering on this post.